Should Space Exploration be Pursued? 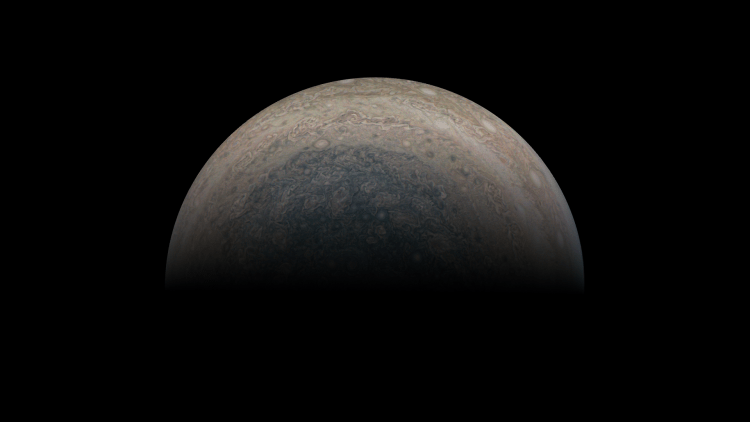 College students like planning spring vacations in Cabo or Mexico. But what if we could plan trips to mars instead? Ever since the first successful landing on the moon’s surface in 1969, other space exploratory groups have followed. Yet funding for space exploration has been a hotly contested issue for a number of years. Some people say space exploration will teach us more about our own planet, or help us find another hospitable one. People against exploration say that it is no longer relevant and that the cost to our government is too high. In this article, Nick Sage and Max Sickinger argue both sides of the issue.
Melia WongSection Editor

Since the dawn of humanity, the stars have captivated our species. They have guided sailors to unfamiliar shores, and helped them navigate back home. They influenced the beliefs of religions and societies from all over the world. They inspired people to ask deep questions about the nature of the universe, and in the past 60 years we have started to answer many of these questions.

When the United States put a man on the moon in 1969, it jump started an era of innovation. For one, it brought science to the forefront of American society in a way that had never been seen before. If NASA could complete the impossible task of landing a man on a rock floating nearly 250,000 miles away in the vacuum of space, what couldn’t humans accomplish? Space exploration in the ‘50s and ‘60s encouraged scientific literacy especially among the younger generations of the period. In the following decades the kids who watched Neil Armstrong step onto the lunar surface for the first time invented complex computers and the internet, heralding in the Information Age. The Space Race inspired a generation of Americans to pursue the sciences, and as a reward the United States spearheaded the tech industries that now shape every aspect of our modern world.

But over the years, NASA’s budget shrunk from a peak of 4.4% of the national annual budget in 1996 to just 0.5% of the budget—or 18.4 billion dollars—in 2015 [1]. Meanwhile, technology is improving at a steady rate, but we no longer see the world-changing leaps and bounds--like the advent of the computer--that we did in the decades following the moon landing. Additionally, in an extremely divisive political climate, many people are starting to distrust science, seeing it as a political tool. For example, despite overwhelming acceptance among scientists, climate change has become the subject of many political debates as of late.

Many people see climate change itself as enough justification for an expanded space program. If humanity pollutes earth to the point where it can no longer support or population, the only option other than mass extinction would be to move to another planet. Space exploration may turn out to be our species’ only chance of long-term survival. While it is difficult for many to think so far in advance, there are many tangible short term benefits that can be derived from space exploration.

"Space exploration may turn out to be our species’ only chance of long-term survival."

Today, scientists at NASA fiercely advocate for more funds, but they are turned down time and time again by both Democratic and Republican presidents alike. Those who oppose additional funding usually dismiss the topic, arguing that there are issues we need to focus on earth. Many do not see any tangible benefits to space exploration. But that’s where they’re wrong. Solar panels, compact water‐purification systems, modern jet engines, cell phone cameras, cordless tools, and even certain preventative cancer therapies all trace their origins back to the space program [2]. In addition, many of the compact electronics used in the development of computers were first designed for use in spacecraft [3]. All of these inventions quickly found their way into the private sector, and into the hands of millions of consumers around the world. And of course, there is also the potential for another scientific revolution like the one that brought us computers and the internet.

If the economic benefits of a renewed space exploration initiative are not enough, then the effect it would have on national identity should be taken into account. While the United States’ space program in the 1950’s and 60’s led to major scientific and economic successes, the main purpose of to was to demonstrate the industrial and military power to the Soviet Union. A similarly monumental success in space—say, putting an astronaut on Mars—would solidify the United States’ position in the international community as a leader in science and industry. And yes, the United States is at risk of losing this reputation. Not only are previous power players like the European Union and China ramping up their space programs, but so are swaths of up-and-coming countries ranging from Kenya to India [4]. Over the last few years, many private organizations bought into the space sector as well; Elon Musk’s SpaceX is gaining traction with the development of reusable rockets, and Mars capable spacecraft [5]. Another space race is imminent, and the United States doesn’t want to be humiliated by being left in the dust.

All of the economic and political reasoning aside, perhaps most compelling justification for venturing back into the stars is that exploration is in our nature as Americans. An inexplicable spirit of adventure brought pilgrims to our shores, and led pioneers over the western plains. The question now is whether we’ll let it take us to Mars and beyond.

In 2004, former President of the United States George W. Bush called for a resurgence of space exploration, citing national security, scientific discovery and economic improvement. In his call to once again send humans “into the cosmos”, Bush harked back to the misguided ideals of machismo, competition and fear which have driven the space race since its inception in 1958 [5]. This regressive form of thinking is not applicable to the modern world. The days of manned space travel are over. The United States must reform and refine its space program, changing both the nature of exploration and prioritizing feasible solutions to pressing issues in the world today.

Territorialism is inherently American. Born in concepts such as manifest destiny and the “Big Stick” diplomacy, US imperialism was showcased most fully during the space race of Cold War. Fear that other countries’ space programs could outpace our own has colored our view of the cosmos, leading the US to overcommit to space exploration. This fear based decision making is contrary to our national identity. The United States is not a country that acts out of fear. We lead from the front, and for that reason we must evaluate space exploration based on its merits, not those that other countries have assigned to it.

Pressing issues on earth, including climate change, widespread disease, and famine necessitate economic efficiency in all government ventures. Essentially, the US must pick its investments wisely. When evaluating space, it is first important to remember that in the words of Dwight D. Eisenhower “every rocket fired signifies, in the final sense, a theft from those who hunger and are not fed, those who are cold and are not clothed". Since its founding, the US has invested nearly  $812 billion into programs related to space exploration [6]. This investment has aided in the creation of many new technologies including satellite television, the computer and smoke/carbon monoxide detectors among others [7]. Proponents of space exploration conclude that without the US’ heavy interest and investment in NASA, these advancements never would have occurred. These proponents confuse correlation with causation; the technological advancements were costly, inefficient and inevitable. These breakthroughs represent the shining outliers of a plethora of failed ventures, including the recent failure of the Orbiting Carbon Observatory, a $278 million project which took off from Vandenberg air force base and promptly crashed into the Pacific [8]. More importantly, many of these technologies would have emerged without government aid. IBM and UNIVAC, for instance, were already far down the line creating the first computers before NASA investment.

"IBM and UNIVAC, for instance, were already far down the line creating the first computers before NASA investment."

Some argue that the termination of manned expeditions is wrong because astronauts provide wonder and awe for Americans. Proponents of this argument believe that this awe inspires children to become involved with science, a critical industry in building our future. But other R&D programs could provide the same wonder in a more constructive and economically efficient manner. If for instance, we were to take Amitai Etzioni’s advice to invest and create “a bacteria that eats carbon dioxide -- and thus helps protect the world from overheating -- AND excretes fuel which will allow us to drive our cars and machines, without oil? I cannot find any evidence that people young or old, Americans or citizens of other nations, would be less impressed or less inspired with such a breakthrough than with one more set of photos of a far away galaxy or a whole Milky Way full of stars [9].”  This may seem far-fetched, but investment into the research of areas of earth not yet heavily studied have already provided valuable results.

The ocean, for instance, remains largely a mystery to humanity, as 90% of its floor has never been charted. Yet it could provide resources critical to our survival in a much more economically efficient manner. Recent findings already provide evidence for this investment. For instance, an “An examination of the unique eyes of skate (ray fish) led to advances in combating blindness, the horseshoe crab was crucial in developing a test for bacterial contamination, and sea urchins helped in the development of test-tube fertilization” (Amitai Etzioni, CNN). These findings cannot be ignored. The US must divert funding from space exploration to invest in promising ventures such as these.

Along with cutting funding from the space program, NASA must reform its practices. Scientists and leaders on both sides of the aisle now agree that the days of manned space expeditions are over. Nobel Laureate Steven Weinberg calls manned space missions “a waste of time” because “for the cost of putting a few people on a very limited set of locations on Mars we could have dozens of unmanned, robotic missions roving all over Mars." Robots can and should be used to find and extract new resources from the cosmos. That being said, this research needs to be tailored and perfected. We should not shoot in the dark. Instead, we should strive to maximize efficiency in exploring areas likely to provide a tangible benefit. Calls to recreate the NASA of our past are nothing more than outdated clamoring from those set on looking backward.