The Prospect of Governmental Assistance to the U.S. Middle Class 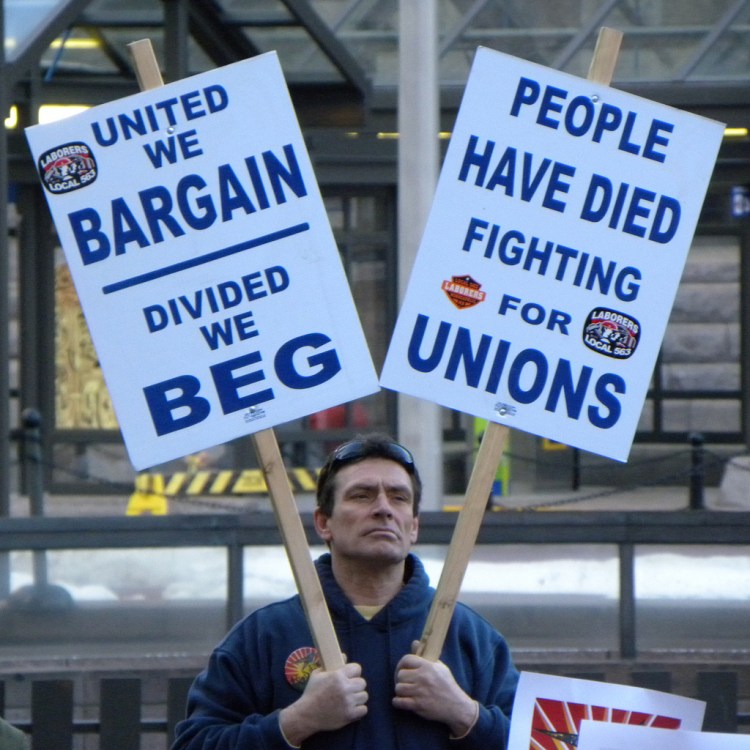 For the past several election cycles, and particularly since the Great Recession of 2008, politicians have frequently lamented the decline of the American middle class, and have promised through various means to reverse this trend. Data supports this notion — over the past few decades, the middle class has shrunk as a share of the total U.S. population, and has seen its share of aggregate household income shrink as well.

Many have taken this to mean that America’s enormous and prosperous middle class, often called the “backbone” of our nation, may be in dire threat. This is certainly cause for concern, as since the end of the Second World War, the success of both the American economy and American democracy has relied on a strong middle class.

Already, the shrinking of the middle class has coincided with slower economic growth, deeper political polarization and rising populist sentiments, as evidenced by the current presidential election. Trends such as these threaten our compromise-based political system, and undermine America’s supposed promise of economic opportunity.

A strong middle class is key to reversing these trends, to restoring faith in our democracy, and to extending prosperity across our society. We cannot expect the middle class to simply recover on its own, however, nor is it a matter of government simply getting out of the way. Building a 21st-century middle class will require new ideas, but the process can follow the same basic formula of public-private cooperation that created America’s middle class in the first place.

"Building a 21st-century middle class will require new ideas, but the process can follow the same basic formula of public-private cooperation that created America’s middle class in the first place."

Several things must be recognized in addressing the decline of the middle class. Foremost, it is important to remember that America has not always been a middle-class majority nation. America’s strong middle class in the mid-20th century was largely a result of the unique position of the U.S. in the post-WWII global economy as the premier manufacturing superpower. This advantage was combined with public investments in areas such as education and infrastructure, sustaining decades of high economic growth and widespread prosperity.

Later in the 20th century, these conditions inevitably changed. Industry recovered in Europe and Japan, and China rose as an economic superpower, eroding America’s advantage. The processes of globalization and the introduction of new technologies also changed the structure of America’s economy, elimination many of the high-paying manufacturing jobs that supported the middle class.

Rather than futilely attempting to roll back these processes, we must instead pursue policies that fit the reality of today’s world. This means encouraging international trade, while strengthening the economic sectors in which America holds advantages. Investments in education and jobs training could help Americans secure high-paying jobs that offer a pathway to the middle class.

Furthermore, we must invest in rebuilding much of our infrastructure. In addition to the physical necessity of this, it would serve to create jobs and to grow our economy as a whole.

Lastly, we must implement policies that insure that gains from trade and growth reach all members of society. Top earners who have seen significant income growth over the past few decades must continue to higher taxes than those who have seen their wages stagnate, and it is possible this burden will have to be placed even more heavily on the wealthy in the future. Policies like Guaranteed Income, negative income tax, and more affordable healthcare and higher education could also serve to ensure more equitable growth and higher standards of living for those who are being squeezed out of the middle class.

Of course, all of these policies would be expensive, and in order to be fiscally sustainable, they would have to be paired with significant entitlement reform and cuts to other spending. While this would be politically difficult, we have to be willing to take these substantive, even radical steps to preserve our middle class.

Over the past half century, America has come to be defined by its middle class. It has powered strong economic growth and better democratic governance, and is integral to the fulfillment of our nation’s founding promises. We cannot afford to let it disappear.

The United States government is in part based on the fundamental political philosophy of John Locke and the social contract. The role of the government is to protect the natural and universal rights of the people and to respect, but not promote the interests of certain economic classes or brackets over the others. If the government takes considerable action to sustain the middle class, then it would be prioritizing the interests of the middle class over those in low-income or upper-income households.

Currently there is dispute over the policies and systems in place to protect the people and their rights. Opponents may point to systems such as social welfare as the government promoting the interests of a certain group of people, however this logic is mistaken. Social welfare, public infrastructure investment and housing projects, and public education up to the high school level are all examples of current policies and systems put in place by the government to protect the people as a whole, not just a certain class. These systems can be viewed as a safety net — there to catch anyone who may fall. These systems do not give people an advantage, but rather ensure that everyone has the ability to at the very least protect their own rights. When people are low-income and/or in areas with high crime rates, people lose their incentive. When they feel as if they don’t have opportunity, they become disillusioned and their aspirations become murky; it is then the government’s job to make sure people at least have the opportunity to achieve more. When people are heavily disadvantaged in protecting their own rights, it is the government’s job to step in. These types of systems are valid and within the government’s jurisdiction.

However, this wouldn’t be the case with the middle class. The middle class is not a class where people are at risk of being unable to protect their own rights.

"[T]he government, in protecting citizens’ ability to protect their natural rights, is already implementing many policies that would help majority of americans — the majority which encompasses the middle class as well."

When the government attempts to “do what is best for the people” without the citizens actually lobbying or asking for a change, then democratic government becomes an autocratic regime.

Additionally, the middle class is driven in part by the idea of negative liberty. Negative liberty is “freedom from interference from other people.” This inability for people to decide what they want to do ultimately results in a loss for the economy.

Ultimately, the government’s job is to establish a baseline where people can protect their rights and have equal opportunity and then to respond to the wishes of the people. Independent action by the government to sustain the middle class should not be allowed.