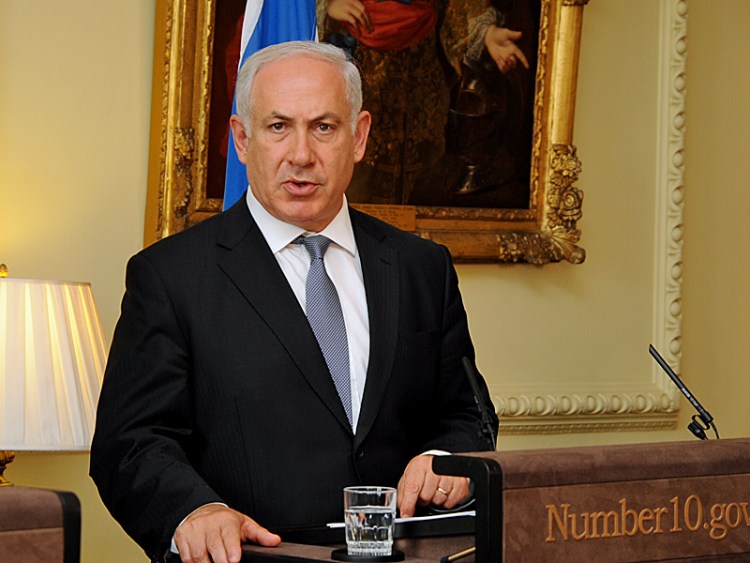 To an uninitiated onlooker, Israel seems like it’s on the verge of political catastrophe. Unable to form a coalition, Prime Minister Benjamin Netanyahu is facing multiple existential threats to his record breaking tenure. Israel is holding its third election in a calendar year, meaning the Knesset has not been properly in session for a year [1]. To make matters worse, Avigdor Liberman, the leader of the rightwing Yisrael Beiteinu (Israeli Home) Party, stated that he would prefer a government with the Arab Joint List Party in the majority than one led by Netanyahu aligned with haredi (ultra-orthodox) parties [2]. All of this comes as a three-year-old corruption probe investigating alleged improprieties between Netanyahu and the press ended in the worst possible outcome for him: indictment [3]. Without a clear majority in the Knesset, without a clean record of public service, without anything to do other than campaign, it seems as if the longest serving Israeli PM in its seventy-one year history is about to meet his political doom.

The problem with that interpretation is that it ignores the long-term trends in Israeli politics that have defined the country ever since the Second Intifada. “Netanyahuism” is not necessarily an ideology per se, but rather it is a set of foreign policy principles centered on maintaining a strategic Israeli presence in the West Bank, using limited but decisive military action against Hamas and Hezbollah, and the active containment of  Iran as the Islamic Republic expands its influence into Syria and Lebanon. By now, Netanyahu’s governing strategy (save the corruption) is practically a political donneé in Israel. Blue and White (Kahol Lavan), led by general-turned-politician Benny Gantz, is the most credible political threat to Netanyahu’s Likud Party and has practically matched Likud’s popularity in the last two elections [4]. Many political observers dub this new party centrist or center left. But other than on social issues--and those should be de-emphasized when evaluating Netanyahu’s tenure--Blue and White mirrors Likud’s security stances. To understand how “Netanyahuism” has set in to Israeli’s politics, just look at the PM’s opponents.

One could be forgiven for mistaken Blue and White politicians for marginally more socially liberal Likudniks. Their party platform eschews further “disengagement” from Gaza and the West Bank (which Netanyahu famously quit the government over in 2005) [5]. They also seek to further diplomatic relations with Arab countries (which Netanyahu has aggressively lobbied for as PM) [6]. Blue and White’s Jerusalem and West Bank policy is also identical to Likud’s: they envision Jerusalem as Israel’s undivided capital and the Jordan Valley as Israel’s eastern security border. They even wish to normalize legal settlements on the western section of the West Bank, many of which are long-populated suburbs of Jerusalem that are experiencing a recent population increase due to their relative affordability. Most consequentially, Blue and White hasn’t even committed to a two state solution [7]. On economic policy, Netanyahu’s continuation of the transition from an agriculture and defense-based economy into a “startup nation” remains unquestioned in the public sphere, largely because it has delivered sustained growth [8]. Blue and White’s differences with Netanyahu primarily stem from their objections to his character. Most other disagreements arise because like Netanyahu, Gantz and his political cohort seek political power.

"Netanyahu’s recalcitrance toward peace negotiations are not the product of any ideological stiffness, it’s the simple reflection of Israelis’ justifiable response to three decades of failed peace talks."

Anyone who considers these policy positions center-left--especially in a country whose body politic is primarily concerned with security policy--is dwelling in a realm of untethered fantasy [9]. Ever since the utter failure of the Oslo Accords and more importantly the Second Intifada, Labor’s quixotic policy of cooperation with the Palestinian Authority, which still provides financial incentives for terrorists to kill Israelis, has been relegated to the outskirts of politics [10]. Because Mahmoud Abbas continues the policy of compensating jailed terrorists and their families based on how many people they kill and how long their prison sentences are, cooperation with Abbas is not on the table for most Israelis. Netanyahu’s recalcitrance toward peace negotiations are not the product of any ideological stiffness, it’s the simple reflection of Israelis’ justifiable response to three decades of failed peace talks. Crucially, Gantz provides little pushback on this issue. On the subject of bilateral peace talks, Blue and White is interchangeable with Likud.

Where Blue and White and Likud truly diverge is on social policy. Usually this struggle materializes between secular factions, which include political forces from both right and left, and haredi parties. The issue du jour--indeed, the issue that prompted Liberman to speak out against Netanyahu forming another coalition with religious parties--is drafting young haredi men out of yeshiva. Throughout his tenure as PM, Netanyahu has relied on small but enormously influential parties like Shas and United Torah Judaism. But he has also been just as willing to partner with secular, socially liberal parties if it meant maintaining his coalition [11]. To call Netanyahu religiously programmatic ideologue would be a complete mischaracterization of his entire political ethos. Netanyahu’s religious policy has not become the norm in the same fashion that his security policy has, but that is largely because he simply does not have a coherent social policy. Always preening for power, Netanyahu will compromise where he has to on non-security domestic issues. The only social policy Netanyahu cares about is the one that keeps him in power.

Even if Liberman or Gantz undermine his current political position and form a government, even if he loses the next election outright, even if his corruption case brings him down, Netanyahu’s legacy will be more lasting than any other Israeli statesman since Menachem Begin. His security policy will define Israel’s politics for a generation, and his dismantling of Labor will keep Israel leaning to the right for just as long. So while there is a large likelihood that Israel’s longest-serving PM relinquishes his post soon (probably in the ignominy of scandal), Netanyahu will continue to define Israeli politics for the foreseeable future. He soon may not preside over the Knesset (or even have a seat in it), but Netanyahu will remain a larger presence in Israeli politics than any of his possible successors.