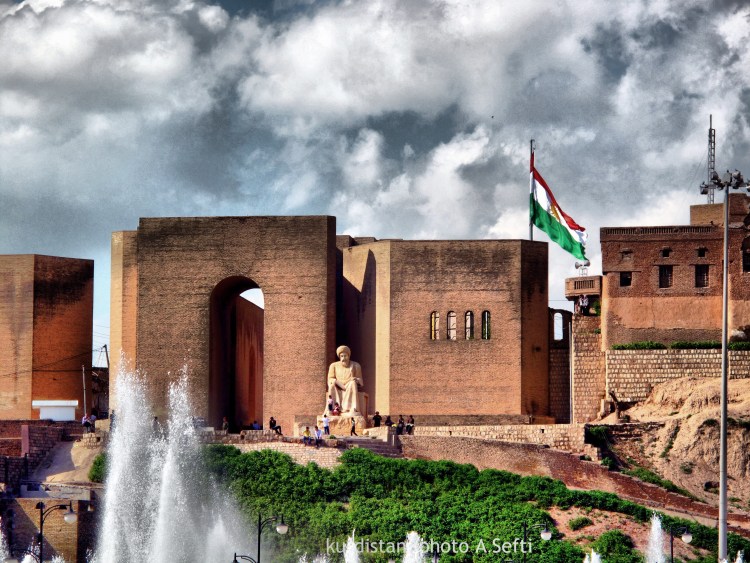 The idea for a Kurdish state has divided US policymakers since the Gulf War. An ethnically independent people, Kurds are persecuted in Iraq, Iran, and Turkey to varying degrees. Consequently, Kurds in all three states demand independence from central governments that don't represent them or share the same culture. However, a Kurdish state would require breaking up already fragile nations in a region notorious for constant instability, which could lead to a slippery slope. Here, Zubin and Seth argue why the Kurdish state should and shouldn't be formed.
Andrew KimJunior Editor

The Iraqi government quickly denounced the referendum, fearful that it would destabilize an already fragile nation and strengthen Kurdish claims to three disputed provinces. With this reasoning, Iraqi forces launched a military offensive to retake the disputed territories. Within a month, they gained full control [3]. Such an event marked a violent turn to Kurdish-Iraqi relations, which have been peaceful in actions, if not in rhetoric, since the fall of Saddam Hussein.

Many events spanning many decades have led up to this referendum and its tumultuous aftermath. The idea of a Kurdish ethnic identity is a relatively recent one. As the ethnically diverse Ottoman Empire disintegrated in the early 20th century, various ethnic groups strove to form their own nation-states — the Kurds among them. But when the Ottoman Empire collapsed after World War I, France and England divvied up the Middle East among themselves. Although the British and French assured the Kurds a state of their own, they never followed through.The promise of a Kurdish state never materialized [4].

This foolishly arbitrary exercise in drawing Middle Eastern borders rendered the Kurds stateless. Today 30 million Kurds live in a region that encompasses Syria, Iran, Turkey, and Iraq. The overarching fate of the Kurds has been that of oppression. Iraqi Kurds, for instance, were brutally subjugated under Saddam Hussein’s 24-year reign of terror. For evidence, look no further than Saddam’s slaughter of 50,000 Kurds in a genocidal reprisal for siding with Iran in the Iran-Iraq war [5].

"Kurds had established a homeland for the Kurds, by the Kurds."

In 2014, when ISIS overran northwest Iraq and humiliatingly forced the Iraqi army to retreat, Iraqi Kurdish forces filled the vacuum left behind by Iraqi forces, and valiantly defended the territory that the Iraqi army proved unable to protect. The Iraqi Kurds expanded their territory and took control over three provinces that Iraqi forces were unable to defend: Kirkuk, Ninewa, and Dilaya. Kirkuk, in particular, was considered crucial for the Iraqi Kurds, as it accounted for 40% of Iraqi oil reserves [7]. By 2017, Iraqi forces have significantly strengthened since the crushing loss to ISIS in 2014. The Iraqi government decided to unleash Iraqi forces to retake the disputed provinces, which leaves us to the current state of Kurdistan-Iraq relations.

So where does the U.S. stand in all of this? America’s stance on Iraqi Kurdistan independence — like it’s past and current foreign policy in the Middle East — is muddled. The U.S. and the KRG view each other in favorable terms. After all, the US greatly aided Iraqi Kurds in forming the autonomous region it has today, and the Kurds have been crucial allies in the U.S.’ wars against Hussein and ISIS. But despite the goodwill between the U.S. and the KRG, the U.S. refuses to endorse a Kurdish state. The U.S. fears that a Kurdish state would destabilize an already fraught Middle East. An Iraqi Kurdistan state might move Kurds in Iran, Syria, and Turkey to ramp up independence efforts in their respective countries. Most certainly, a sovereign Iraqi Kurdistan would weaken the Iraqi government, and reignite sectarian tensions between the Sunni and Shi’a population that have plagued Iraq since Saddam’s fall [8].

If the U.S.’ foreign policy towards Iraqi Kurdistan sounds meek, that’s because it is. The U.S.’ policy of inaction is grounded in the fear of further destabilizing the Middle East. But such a strategy will never resolve the conflict between Kurdistan and the Iraqi government. Iraqi Kurds will not give up their independence now that they’ve had a taste of it. Eventually, Kurdistan will attain independence. It’s only a question of when, how, and in what shape. Will Iraqi Kurds achieve independence through blood and toil, at the cost of many lives, or will they do so through diplomatic means? Will Iraqi Kurdistan become an independent state in five, ten, or fifty years? Will a Kurdish state include the vast oil reserves of Kirkuk? By not fully supporting the Iraqi Kurds’ claim to self-determination, the U.S. will only postpone, not reverse, the geopolitical currents that seem to be guiding Kurdistan to independence.

Additionally, it is rather ironic that the U.S. refuses to support Kurdish independence, ostensibly in the name of Middle Eastern stability. Uncertainty almost always breeds instability. This certainly holds true for the conflict between the KRG and the Iraqi government. The unresolved territorial disputes and the general uncertainty over who will prevail in the clash between KRG — which wants independence — and the Iraqi government — which wants Iraqi Kurdistan to remain apart of Iraq — has destabilized the Middle East. It would be best to resolve this conflict sooner rather than later. And what better nation to broker a resolution than the U.S., an ally of both  spatting parties? For once, the U.S. has an opportunity to use its influence for good in the Middle East. The U.S. has the unique opportunity to be on the right side of modern Middle Eastern history. It should most definitely take it.

In determining whether or not the United States should support the creation of an independent Kurdish state, there are at least three questions that must be answered: (1) do the Kurdish people want the state to exist, (2) is it politically and economically viable, and (3) would the US be able to avoid negative diplomatic repercussions if it were to support Kurdistan? If the answer to any of these questions is no, then it becomes difficult to argue in favor of US support of Kurdistan.

In a 2017 referendum held in Iraqi Kurdistan, the electoral commission claimed that 93 percent of the 3 million votes favored independence [9]. Although the referendum was non-binding and later declared unconstitutional by Iraq’s Supreme Federal Court, the intent of the Kurdish people was clear [10]. However, that the Kurdish people desire independence is not sufficient reason to think that Kurdistan’s independence is in their best interest or the interest of the larger region. In October of 2017, Iraqi forces took back the city of Kirkuk and its 300,000 barrels of oil per day (worth half of the Kurdish government’s revenue) [11]. Moreover, Kurdistan relies on a pipeline to Ceyhan, Turkey to get its oil to market, which would likely be closed if the Iraqi Kurds achieved independence thereby eliminating Kurdistan’s primary source of income [12]. Finally, Iraq has closed off the airport in Erbil (the largest city in Kurdistan) from international flights [13]. All of this leaves Kurdistan economically isolated and unstable.

Diplomatically, Kurdistan is in a similarly poor position. Turkey and Iran heavily oppose the creation of a Kurdish state out of fear that it would embolden Kurdish separatists within their own borders. The United States has stated that it will not recognize the results of the referendum; in fact, Russia, and most European powers have also opposed the referendum out of a similar fear that it would destabilize the region [14]. The United Kingdom pressed Iraq to retake the Kirkuk oil fields. If the Iraqi Kurds achieve independence, Kurdistan will find itself economically unstable and allyless. Additionally, if the United States were to support Kurdistan, it would sacrifice much of its weight diplomatically in the region, and in particular, lose its ability to act as an intermediary between Iraq and Kurdistan. Ryan Crocker, former US Ambassador to Iraq, argued “[we risk] no longer being seen as an honest broker moving forwards [15].” Therefore, the United States should continue its policy from the Obama administration, and avoid taking a position one way or another.

"the United States should continue its policy from the Obama administration, and avoid taking a position one way or another."

In addition to being economically and diplomatically unstable – and creating instability in the surrounding region – Kurdistan is politically unstable. There exist two political parties within Kurdistan, the Kurdistan Democratic Party (KDP) and the Patriotic Union of Kurdistan (PUK). The two parties’ controlling families have opposed each other for decades since the civil war between the two parties from 1994 to 1997 [16]. After PUK forces abandoned the Kirkuk oil fields last year, Abdul Rahim, the Kurdistan Regional Government’s representative in Washington, stated, “Disunity is definitely our Achilles heel. Kurdish disunity is our worst enemy. Whatever we think of our opponents and detractors, our disunity is our worst enemy [17].” Although the KDP and PUK’s interests are temporarily aligned, if Kurdistan achieves independence, it seems unlikely that it will be able to maintain a semblance of political stability.

For these reasons, although the Kurdish people might desire independence, it certainly is not in their best interest or the interest of the Middle East. Kurdistan is economically, diplomatically, and politically unstable, and its creation would embolden Kurdish separatists in neighboring countries. Additionally, the United States maintains more diplomatic power if it does not take a hard stance on this issue and instead facilitates discussion between Kurdistan and Iraq. Therefore, the United States should not support Kurdistan.