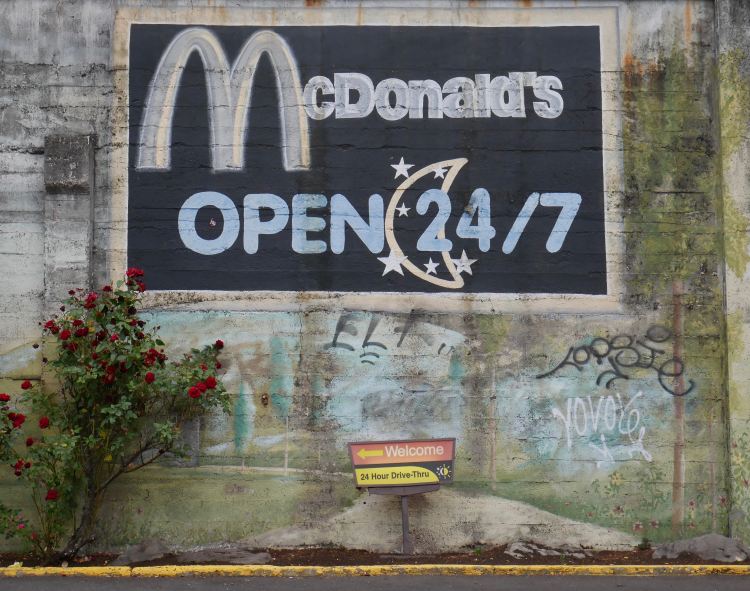 Policies such as cigarette taxes are guided by a simple logic: take something that’s unhealthy, make it more expensive, and fewer people are likely to purchase it. This same logic is often applied to junk food — and with good reason. It has been estimated that obesity related diseases cost the US 150 billion dollars a year in health care [1]. Unfortunately, the connection between junk food and obesity is more complicated than it initially looks, making the junk food tax a good reminder that not everything that sounds good in theory works well in practice.

For one, it’s difficult to directly compare cigarettes and junk food. Cigarettes contain nicotine and tobacco, which are not necessary for survival, and are likely to lead towards lung cancer. “Junk food,” on the other hand is, in its most basic form, just food. This is not to imply that eating lots of junk food is good for you. Naturally, it lacks the abundance of nutrients and fiber found in fruits and vegetables. However, you’d be hard pressed to find an ingredient in junk food that doesn’t serve a useful purpose in the body. Even sugar, which has gotten a bad rep recently, is one of the fundamental building blocks of fruits, vegetables, and whole grains. When you eat any of these items, the body breaks them back down into the same chemical compound that makes up table sugar.

On the other hand, there is no doubt that eating too much junk food is bad for you. However, it’s an overly simplistic assumption to assume that people who eat too much junk food do so due to preferences. In the 2008 documentary Super Size Me, director Morgan Spurlock decided to eat nothing but McDonalds for a month and document the effect it had on his body. Throughout the experiment, he reported loss of energy, mood swings, and diminished sex drive. In other words, the effects of eating nothing but junk food are not only unhealthy, but also incredibly unpleasant. Few people would willingly put their body through that experience unless they had no other options.

If we truly want to improve the decisions people make about their health, we need to give them the ability to make the decision in the first place. In other words, it must be easier to access nutritionally dense foods.

This ties nicely into my next point. While the caloric content of junk food has long been used to demonize it, it also serves as a life-saver for people with little means. Not eating enough food can cause a host of unpleasant symptoms, including a diminished sense of concentration, low energy, reduced cognitive process, and a fixation on food [2]. In 2016, it was estimated that 1 in 8 Americans were food insecure. In other words, they did not have the financial means to purchase the amount of food necessary for an ‘active and healthy lifestyle.’ Food insecurity is associated with negative health effects such as diabetes, rheumatic disease, and depression, along with increased healthcare visits [3]. These are all things that negatively impact productivity and increase healthcare costs. A junk food tax would drive up prices of available foods while doing nothing to increase the availability of healthier substitutes. As a result, it would likely exacerbate food insecurity, and could place a financial burden on the healthcare system.

Implementing taxes on junk food becomes increasingly complicated when considering the politics of it. What factors decide which foods qualify as junk food and which don’t? To give some example of this, one has to look no further than the Kind Bar debacle of 2015. The FDA, which regulates which foods are allowed to label themselves as “healthy”, sent KIND, LLC a sternly worded letter stating that their bars did not meet the nutrient requirements to be considered “healthy.” The reason? Kind Bars had high saturated fat levels due to its high concentration of nuts [4]. In response, the head of the department of nutrition at Harvard called this move  “well-intentioned but absurd [5].” He argued that the consumption of nuts has long been associated with a reduced risk of major chronic diseases, including heart disease and Type 2 diabetes.

If a tax is implemented on junk foods, the problem of classifying what is healthy and what isn’t would become even more apparent. To give an example, Mexico recently passed a junk food tax on a list of ‘non-essential foods’ that included nut butters and cereal [6]. However, as stated before, nuts and nut-based products are important contributors to healthy diets. The only reason that these food products were on the list was because they surpassed an arbitrary “caloric density” measure. If a junk food tax is really implemented, we would risk endless regulation wars and lawsuits over similar points of controversy. These only add to the confusion surrounding what’s healthy and what isn’t, and do nothing to instill better eating habits in Americans.

Certainly, a junk food tax is a good idea in theory, and there are many arguments to be made for its implementation. At the same time, the actual practice of taxing junk food is riddled with logical holes. Namely, what will people whose diet is largely made up of junk food (the group this tax is most aimed at) consume when prices rise? Unlike cigarettes, food is not optional. Secondly, any good intentions behind a junk food tax will likely be overshadowed by the political machinations of large agriculture suppliers desperate to make a profit. For these reasons, perhaps it would be wise to look for other solutions to the rising cost of healthcare in the US.