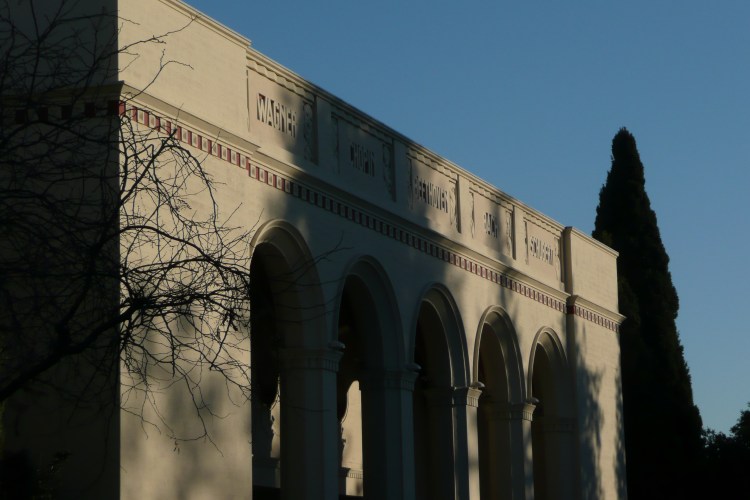 On September 20th, 2017, the Claremont Independent published a piece that was titled “The Dark Underbelly of Claremont’s Meme Culture.” The article criticized the meme group “U PC BREAUX” for having “[c]ommon themes [...] includ[ing] mocking feminists, those who reject the gender binary, making racist jokes, making light of incidents in which deaths occur, and belittling safe spaces.” (Claremont Independent). Pomona College recently established an Incident Response Team to investigate, and an official email came out on October 3rd, 2017 that “the memes were bias-related and protected speech.” Samy Vilenski agrees that the meme page is protected by free speech and that though Pomona College did have the right to investigate its affairs, members of “U PC BREAUX” should not be punished for breaking school policy or the law. Katy Swiere insists that the meme page went too far and the students need to face consequences for their actions on social media.
Andrew Kim and Harrison SattleyJunior Editors

It has been more than a week since the Claremont Independent published its article, “The Dark Underbelly of Claremont’s Meme Culture,” uncovering the secret meme page “U PC BREAUX.” Debate on the topic is still raging on campus. Did the Pomona administration have a right to investigate the group? Were the actions of the members of that group violations of school policy? Should there be any repercussions for the actions of those people who were participants?

To arrive at conclusions to these questions, we must first examine the nature of the posts and the intentions of the people who contributed to the meme page. While the memes do present sensitive and controversial topics, which offended some people’s sensibilities, the fact that people were upset does not warrant disciplinary action by the school — after all, the right of people to speak their minds is one that is central to the essence of this nation’s character and one that is enshrined in the principles of establishments of higher education. Similarly, one can be offended by NFL players taking a knee during the national anthem at games, but the fact that one feels insulted does not negate the rights of others to exercise their constitutionally protected rights [1].

Some might object by saying that the memes are not protected speech because of the hateful nature of the content. However, the context in which these memes were posted must be understood before making any judgments. It seems clear to me, from exploring the page, that the purpose of these posts was not to harass or demean anyone but to simply produce a comedic effect. Firstly, none of the memes on the page were addressed to or target any specific person or group. And secondly, most of the memes approach hyperbolic and unrealistic positions on political issues, which people (at least the people I have spoken with) know not to take seriously. I believe that one would be hard-pressed to find members of “U PC BREAUX”, who genuinely subscribe or align themselves with hateful ideologies. I view this case in the same way as I view the comedy shows of Louis C.K.: certain jokes heard in other contexts, would be objectionable, but one understands that these jokes are just that, exaggerations and oversimplifications produced to make people laugh.

"The context in which these memes were posted must be understood before making any judgments."

In light of the characterizations of the content in question, I contend that the posting of material found on “U PC BREAUX” should not constitute a violation of any school policy and does not necessitate any disciplinary action towards any student. Furthermore, such action could be considered a violation of students’ right to free speech.

The Pomona College Student Code explicitly states that a student’s speech cannot be considered a violation, unless it includes a threat of violence or “the student intends the speech to be abusive and insulting rather than a communication of ideas [2].” Again, the content found on “U PC BREAUX” was not intended to be a form of harassment or to be abusive towards a particular person or group; the intention in posting these memes was to create “discourse that is not constrained by social justice and largely arbitrary political correctness,” (founder of the meme page as quoted in the Claremont Independent) [3].

Finally, California law protects both public and private school students from disciplinary action being taken against them for their speech. That is, under the Leonard Law, no student can be punished for the things that they say, unless their words involve threats of violence [4]. I am not a legal expert, but it seems to me that the memes posted on “U PC BREAUX” should fall under the protection of this law. With that said, I do believe the Pomona administration was justified in looking into the issue to determine the nature of the posts and take a correct course of action. I am glad, however, that the Pomona Incidence Response Team was able to determine that the material was a form of free speech and did not constitute a violation of college policy.

Last week, the Claremont Independent, a right-wing 5C publication, once again stirred controversy among the 5Cs. Ross Steinberg, (now former) managing editor of the publication, published an article entitled “The Dark Underbelly of Claremont’s Meme Culture” which exposed “U PC BREAUX,” a meme group started and run by Claremont College students [5]. The group’s content consists primarily of highly offensive memes involving racism, Islamophobia, anti-Semitism, sexism, and more. The reactions on social media to Steinberg’s original post shows the divisiveness and pain this group has caused on the Claremont campuses. While many are demanding action be taken against those involved, others fear this may set a dangerous precedent for free speech on campus. Regardless, the active members of the “U PC BREAUX” group must be held accountable for their actions of hatred and bias, which clearly violate the student code and discrimination policies of the Claremont Colleges.

Posts on the group continue to cause emotional distress to those whose identities were targeted, while the group’s mere existence has discomforted many students and led to a pervading sense of distrust in the Claremont community.  Though the group’s existence may not be surprising to some, it is still shocking and distressing to someone targeted by the memes that people who you learn, eat, and live alongside make jokes out of your circumstances and hardships. The 5Cs should be a community in which all can feel safe and comfortable as much as possible-- not a place that people of color and other marginalized communities are mocked and belittled by their peers.

Whether or not an investigation into the group is an infringement on free speech, the Claremont schools should collaboratively investigate and discipline the members, posters, and administrators of the meme group. Being a student of a private institution comes with limitations on your freedom of speech that go further than constitutional limits in order to protect both the integrity of the institution as well as the health of the community. Pomona’s student code prohibits the use of campus computers and internet to “distribute information or materials in violation of other Colleges policies or guidelines,” and the non-discrimination policy clearly states that derogatory jokes are unacceptable [6]. Regardless of the posters’ intentions, memes that target specific identities in a negative light are harmful to our community and should be investigated by the College. As other colleges are informed that their students were participants in the group, they should take action in a similar manner.

It is the Colleges’ responsibility to maintain a respectful environment for all. As the Pomona College student handbook states, “bias-related incidents need to be addressed because they harm individuals, undermine civility and understanding in the Pomona community, or impede the educational process [7].” If students are acting in ways that harm our community, they should be willing to accept the consequences of doing so.

"If students are acting in ways that harm our community, they should be willing to accept the consequences of doing so."

Pomona’s investigation and potential punishment would not be unprecedented in the world of elite private colleges. Last year, a similar meme group led Harvard University to rescind admission offers to at least ten prospective students [8]. The action taken by the University showed a sense of commitment to the development of a supportive community. This is an action the Claremont schools must emulate. If the Colleges choose not to act or respond to this incident, it would send a clear message to students that the administration condones the group’s posts and will not stand up against hatred and bigotry. Pomona has begun to do its part by launching an investigation; the other Claremont schools should follow.

Additionally, despite having an entirely online presence, the group remains a part of the Claremont community. Though the colleges do not have the legal ability to shut the group down, they can still address its content and punish those who have broken the student code. This is especially relevant in the age of social media, during which it is erroneous to assume that any online interaction is private or “secret.” The group contains over 300 people, according to Steinberg’s original article, the overwhelming majority of which were Claremont students. If the students in the group are not willing to take accountability for the backlash (from students as well as administration) from things they posted, liked, or tolerated, they should not have done so in the first place. Because of this, it is perfectly reasonable that Pomona College would investigate the incident, especially considering most of the active posters (including the group’s administrator) were Pomona students.

In today’s emotionally charged political scene, what is accepted as free speech and hate speech has been one that has been continually debated across college campuses in the United States. It is important to realize the role college institutions play in the Claremont community at the Claremont schools. College institutions should not control every thought and action on campus, but rather serve as mediators which ensures that everyone-- no matter their race, gender, sex, or religion-- is able to feel safe in their home during their college career. The hatred fostered in this group prevents the Claremont Colleges from becoming a truly inclusive community. The use of jokes that target identities is a tool that continues to foster hatred not only in Claremont but across the country. If the administration does not immediately act, we must, as students, insist and pressure that they do.