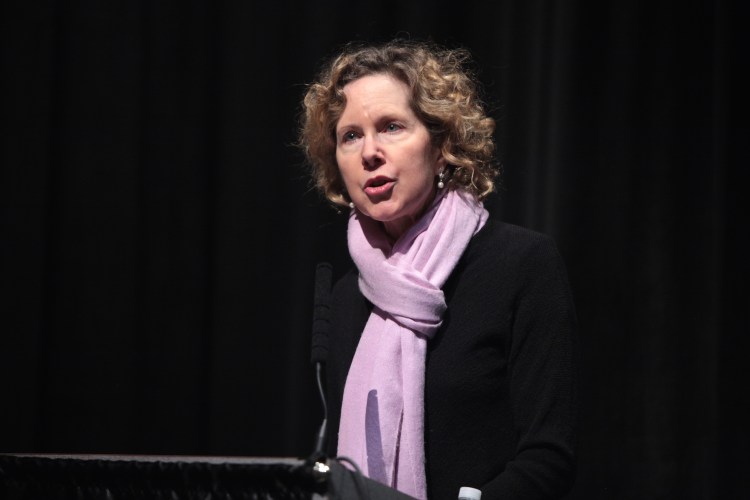 On Thursday, April 6, a group of students coordinated a protest outside of the Marian Miner Cook Athenaeum at Claremont McKenna College. The Athenaeum is known for hosting a wide variety of speakers who discuss issues usually pertaining to politics and economics. On Thursday, the speaker was supposed to be Heather Mac Donald, whose speech was titled “The War on Police.” A large group of students dissented this speech and, for the most part, peacefully protested outside the Athenaeum. There was shoving of students and professors who attempted to enter the building that was being barricaded by students. The Athenaeum event was officially cancelled, but they live-streamed her speech to the student body. Approximately 250 students watched her speech and their opinions varied on her speech. Some thought she was wrong and others thought she had valid arguments on the state of police protection.

After a few hours, the protests subsided, but while Heather Mac Donald was giving her live stream inside the building, many students pushed themselves against the window, chanting, “Black lives, they matter here!” and the like.

The Athenaeum doubles as a dinner for students who wish to sign up, and some of the students who were there for the formal event — not the protest — tried to reason with the protestors. Their questions were either ignored or returned to them with poignant mantra. The protesters not only blocked the entrances but also the fire and service exits; the people inside were trapped there until the protest broke up.

The protesters mostly wielded signs, but a few held megaphones, stirring up a chorus of protesters shouting in unison. One of the favorites were, “No cops, no KKK, no fascist USA!”

Robbie Aronoff, a student at Claremont McKenna College, reported that “[e]veryone should be allowed the freedom of speech and assembly, and I think that tonight these people, while protesting for what may be a good cause, denied people the right to speak and assemble. I think that black lives do matter, but I don’t think that this is the right way to go showing that black lives matter.” His sentiment is one many other observers shared. Other students who were not a part of the protests made similar statements about their concern for freedom of speech and the right to assembly. Whenever interviewers tried to gather statements from the protestors, they received no legitimate answers.

On Thursday, April 6, protesters from Claremont McKenna College (CMC), the Claremont Consortium, and the greater Claremont community blocked the entrance to the Marian Miner Cook Athenaeum where conservative political commentator Heather Mac Donald was scheduled to speak. Mac Donald, a controversial guest due to her standpoint against the Black Lives Matter movement, instead spoke to a virtually empty room while a livestream broadcast was viewed by over 250 people. The live-streamed video has since been posted to the CMC website and accumulated over 1,400 views within just 24 hours.

At its core, the protest aimed to show Mac Donald, the Claremont community, and people living in heavily-policed neighborhoods across the country, that there exists widespread dissent against Mac Donald’s hateful views. However, the protests quickly descended into chaos, as its attendants began conflating Mac Donald’s perspective with CMC’s beliefs as an institution and likening the dissemination of opposing ideas to violence.

"Many students that signed up came prepared with hard-hitting questions to challenge the grounds that Mac Donald stands on."

The protest made enemies of allies and accosted students who sought to challenge Mac Donald’s rhetoric. Many students that signed up came prepared with hard-hitting questions to challenge the grounds that Mac Donald stands on. Some came with more holistic statistics and research that indicated the opposite of Mac Donald’s data-driven findings. Some came having read her book, ready to refute the conclusions she has drawn. Nevertheless, what all of these students have in common is that they were denied the opportunity to actively engage in discourse with someone who represents an opposing viewpoint — one that should be challenged and debated. Instead, what little Q&A there was at the event was halted after two questions due to the protesters being so disruptive the police deemed it dangerous to continue.

We Claremont students decided to come to a liberal arts college in the first place to build a foundation of critical thinking skills and to be exposed to diversity, be it the form of racial, socioeconomic, or intellectual. We came to engage with those who disagree with us, in hopes that by resolving our differences we might learn to find some common ground and create actual change. As the future of America’s leaders, critics, and thinkers, how can we pave a path of unity if we continue to perpetuate a disconnected political landscape? There will always be disagreement in politics. When given the choice, do we attack those who disagree with us, or will we reach conclusions with dialogue?

The protest was well-intended. It sought to demonstrate that black lives do matter on and off campus. In general, protesting can be a powerful tool of active dissent; it can demonstrate bravery, courage, and conviction. The protest at the Athenaeum had the potential to further the dialogue on race, policing, crime, and violence in the U.S.. But by blockading the event, the protesters eliminated all discourse between Mac Donald and Claremont students, robbing students of the ability to escape the echo chamber that is college campuses. By blockading the entrances, protesters no longer sought to understand and eventually convince those that disagreed with them, but rather to devalue and silence differing opinions, enhancing the stark polarization that already exists in this country. By blockading the venue, the protesters conformed to the present dynamic of American politics, rather than seeking to change it.

"The protest at the Athenaeum had the potential to further the dialogue on race, policing, crime, and violence in the U.S.. But by blockading the event, the protesters eliminated all discourse between Mac Donald and Claremont students, robbing students of the ability to escape the echo chamber that is college campuses."

When an institute of higher education invites a speaker, it is not an endorsement of that speaker’s beliefs, but rather faith in its students to think critically about everything they learn from new ideas and come closer to finding truth. Learning manifests not only in the process of listening and internalization, but also in the process of challenging and rejecting. We students cannot grow if we are taught to believe everything we are told. To become careful consumers of information, we must hone the ability to listen to and confront speakers we disagree with — a skill that is equally as vital post-graduation. We need institutions that support us not believing everything we hear. When a controversial speaker is invited to campus, it is absolutely in the rights of students to protest and stand up against what that speaker represents and embodies in an effort to further discourse. However, these protesters should not inhibit the students who seek to attend the speech. We are all affected by marginalization in different ways and can be expected to react correspondingly, but we should support our peers who aim to achieve the same objectives, rather than insist that our version of reality is unequivocally and universally correct.

We should challenge others and the assumptions they maintain, as well as challenge ourselves and our own worldview. By attending a talk by a controversial speaker, we can demonstrate that we have the capacity to listen actively, think critically, and question engagingly. Most importantly, we can demonstrate the humility that comes with listening and the willpower to stand up for what we believe to be right.