Should the Government Regulate Big Tech? 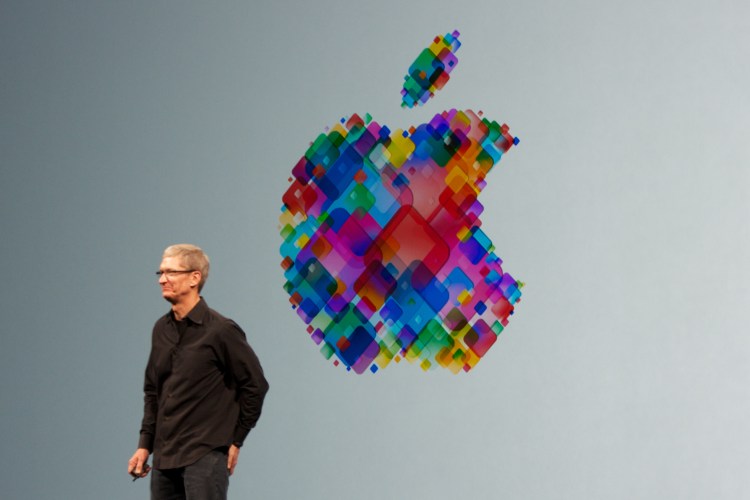 Technology companies and their products are a hegemonic presence in American life. Many of the most important innovations of the 21st century have been technological. However, this progress begot many social ramifications. In this article, Aden Siebel and Hava Parker discuss the government's role in curtailing the power of Big Tech.
Ross ReggioSenior Editor

As tech companies maintain their spot as economic and social powerhouses, questions continue to be raised about regulation and oversight. Opponents of this regulation claim that it will stop valuable progress, halting an innovative field that does fine on its own. But with constant scandals and increasingly difficult questions about fairness and influence, it’s important to decide the direction and scope of regulation. With companies like Facebook gathering and selling the millions of Americans’ data and supposedly impartial algorithms perpetuating racial discrimination, it’s time for the government to make sure that these companies respect the rights of their users [1]. With proposals to introduce new data privacy laws and reinstate net neutrality, there are concrete steps that can be taken to begin tech regulation [2]. The huge influence of these companies, increasing public mistrust, and mounting ethical issues all mean that immediate regulation is vital to the future of technology in America.

Silicon Valley is quickly creating powerful economic and social forces with little to no oversight. Tech companies are the largest in the world, and their vast market power is only growing [3]. However, their quick rise to the top has meant lagging regulation and a field that still isn’t fully understood. Billionaires like Jeff Bezos are able to accrue vast amounts of wealth while their company continues to mistreat their workers and attempts to hold taxpayer dollars hostage [4]. Tech companies also continue to amass social and political power. A study in Nature revealed the increasing power of platforms like Facebook to influence political behavior of its users [5]. Social media’s widespread use and importance in society gives these sites significant influence over culture and public perception, but this impact often goes unnoticed. With the growing issue of Russian interference in the election, largely through targeted Facebook ads, we must be aware of the political, social, and economic sway that these companies have over the American public. Considering these companies’ complete inability to regulate themselves, allowing this influence to go unchecked is foolish, [6].

The American government’s continued inaction on regulation reflects a disturbing disconnection with the opinions of the public. Public polling shows that although people support technological growth as a concept, their support of companies is waning [7]. Most of this growing mistrust is focused on companies like Facebook that have found themselves at the center of various scandals. Although these results are limited, they show that repeated scandals and ethical infringements by tech giants haven’t gone unnoticed by the general public. Furthermore, the federal government isn’t listening to its constituents on the issues of technology. A 2017 poll shows that 80% of voters support net neutrality, but the FCC stripped away those rules [8]. Although there was major dissent against this decision both online and by some Democratic lawmakers, the FCC went ahead without good reason and discarded one of the last factors equalizing the internet [9]. Without these regulations, companies like Comcast and Verizon can have even more control over the freedom and information that the internet represents. Online access is no longer an impenetrable or unimportant issue—it is a basic necessity, and lawmakers need to realize this before these companies can cement even more control over a fundamental part of the modern world.

"Online access is no longer an impenetrable or unimportant issue—it is a basic necessity, and lawmakers need to realize this"

Tech companies have also been the center of a plethora of ethical scandals, many of them caused by a lack of oversight and desire for quick profit. In 2018 alone, these scandals included Cambridge Analytica using Facebook to collect the data of over 50 million users without knowledge or consent, Google’s $5 Billion fine for Android’s dominant position in the EU, and a woman being killed by Uber’s self-driving car [10]. Although it's not certain that these could have been stopped by any kind of government intervention, core issues with the role of technology reveal the need for further investigation. Investigative work by ProPublica has revealed deepset racial bias with widely used algorithms to determine criminal recidivism rates and car insurance costs [11]. This is especially troubling, as the companies and organizations using these algorithms weren’t even conscious of this bias. These issues were only revealed because of exhaustive work by outside journalists. Without an outside standard holding them accountable, these companies had no reason to look into the possibility that their supposedly impartial algorithms were rank with racial prejudice. It’s impossible to even know how widespread this issue is if these companies continue to cling to secrecy. Companies should not be allowed to rely on a lack of technological savvy among lawmakers and the supposed impartiality of computer technology to create biased systems.

It’s time to stop being naive about technological progress and put our foot down. With the continued growth and continued scandals of American tech companies, the myth that unrestricted progress is a solution for an ideal industry is getting old. It’s not that these companies are all evil. They form an important part of our society, but they’re also extremely powerful and seem to be unwilling to examine or regulate themselves. Although our government seems unable to understand or address technological issues, this can’t be an excuse anymore. We’ve been moving too fast and breaking too much, and the consequences can no longer be ignored.

In recent years, the assimilation of digital property into our individual identities and estates has resulted in a certain degree of culture shock. Most specifically, it raises new questions about privacy versus national security. Discussions and debates over topics like PRISM (a governmental surveillance program infamously unveiled during the 2013 Snowden leaks) and the ethics of providing the government with security backdoors continue, over and over again, to bring these issues to the forefront of modern discourse[12]. Though the intricacies of each case may change, a few central questions have remained constant: Should the American government have any access to citizens’ private data (or, near-equivalently, to the technology firms that host/grant access to that data)? If so, how much access should it have?

Although there is no doubt that such companies have begun to command impressive sway over the general population (and, as such, shouldn’t necessarily have entirely free rein) there is still much to be said for the right to privacy. In the modern age, one’s digital data has become inseparable from the rest of one’s personal estate. To that end, any digital information under an American citizen’s name must be protected, which has important ramifications on industry control. Consider that the technology industry has thrown itself into cloud/information storage over the last few years; in 2017, the cloud storage market was worth approximately $31 billion, but is estimated to be worth nearly $90 billion come 2022 (at a compound annual growth rate of 23.7%) [13]. As our lives become more digitized, and as enterprise continues its march into internet cloud-based databasing and new avenues of providing services, this figure will only continue to grow.

"In the modern age, one’s digital data has become inseparable from the rest of one’s personal estate"

In the wake of the 2016 San Bernardino shootings, Apple, Inc. became embroiled in a long-lasting legal dispute with the FBI. The shooting, which left 12 victims. With both suspects dead, the investigation was left unsure how to proceed. Under this justification, the agency decided to ask Apple to unlock one of the suspects’ encrypted devices (an undertaking which required that Apple discover and take advantage of undiscovered security backdoors). Apple declined. In the end, the FBI took Apple to court over the matter—and, in the process, stirred up controversy on both sides of the dispute. Apple’s defense rested upon two primary arguments: first, that software counts as free speech; second, that fulfilling the request would result in corporate harm[14]. It posited that the FBI’s request was a security nightmare; not only was Apple being asked to find a backdoor, they were being asked to exploit it (and given that law enforcement had asked this of Apple in the past, exploitation would occur even more than once, something which would then necessitate leaving the backdoor unpatched) [15]. The prosecution (FBI), somewhat feebly, claimed that the defense was “overstating” the situation; “[we are] asking for the company’s help breaking into only one phone, not phones all over the world [16]”. (Notably, this statement doesn’t fully stand on its own two feet either; it’s highly doubtful that any backdoor would be device-specific.) Although many of the more intricate details of the Apple-FBI dispute are specific to that particular legal battle, the questions it sparked are broadly applicable given the digitization of society today. Google, like Apple, has faced similar demands; who’s to say that other companies have not also been affected [17]? Because of this globality, we can analyze the dispute for broader purposes. Firstly, we must consider the practicality of allowing “good” forces with access to encrypted data. Though the exact means of decryption varies by device/architecture, generally backdoors are generalized, i.e. not device-specific; Apple and Google, the two majority providers of mobile operating systems (between iOS and Android, they hold 98.7% of the market), have begun encrypting their devices’ data by default [18][19]. To do otherwise would be naïve—consider that cellphones are now responsible for more sensitive data than ever, from financial information to huge amounts of correspondences. However, default encryption comes down to the only non-user provided data shipped with these devices: the operating system. Thus, decrypting an operating system couldn’t come down to just one device – discovering a security fault in one device means that one has found a flaw in all devices with the same operating system. Further, the possible cost that this could have for technology companies is non-negligible. Between the initial costs and manpower involved in even finding existing flaws (and reverse-engineering them accordingly) and the liability that comes with increased cyberattacks on their consumers, allowing mass decryption comes with risks far beyond the topic’s primary scope. On a non-pragmatic level, allowing the government to have total oversight and ability to decrypt data stands in violation of American principles. Both the First and Fourth Amendments (right to free speech and right against unwarranted seizures, respectively) of the Constitution are directly applicable [20]. Writing software is a variety of free speech exercised on part of corporations like Apple; forcing them to circumvent it, and render it weaker, is a subversion of that right. On the other side of the coin, the Fourth Amendment is relevant to the consumer aspect. Though these amendments do sometimes come into question when criminal intent is involved, as was the case in the San Bernardino shooting, not all decryption requests follow harmful events. Some other news-reported requests came in the wake of familial deaths which, while often heartrending, still face the same logistic issues outlined above.
Hava ParkerStaff Writer