Should Israel Continue the Gaza Blockade? 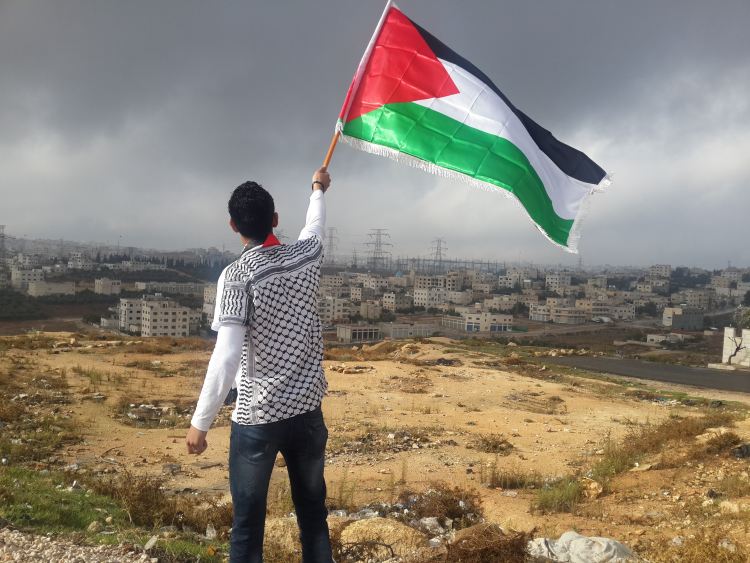 In 2007, Hamas, a Sunni-Islamist fundamentalist group took control of the Gaza Strip in the Battle of Gaza. Since then, Israel and Egypt have implemented an ongoing land, air, and sea blockade of the Gaza Strip. This blockade has been criticized for its negative consequences on the local economy and egregious humanitarian consequences. Simon Gilbert argues that though the blockade has humanitarian ramifications, it must be enforced to protect Israeli lives and welfare, while Gabriella Del Greco argues that the blockade is inhumane for Palestinians and must be stopped.
James Dail

Israel’s Gaza policy–which is implemented in cooperation with Egypt–seems particularly harsh, as it severely limits the movement of Gazans and denies access to Gaza’s ports for non-humanitarian vessels. These restrictions cause shortages of power and supplies [1]. However, in the context of Israel’s unilateral disengagement from Gaza in 2005 and its aftermath, Israel’s policy of blockading Gaza is not only just, but also necessary for the security of the Jewish homeland.

The Islamist terrorist organization, Hamas, has ruled Gaza since 2007. Its current supreme leader, Yahya Sinwar, routinely threatens to fire missiles at Israeli citizens [2]. These threats have historically been backed up with action, with conflict breaking out between Israel and Gaza in 2008, 2012, and 2014 in response to thousands of rockets fired into Israeli territory by Hamas and its affiliates [3].  Hamas does not attack Israel merely in response to the blockade, but rather because it is organizationally anti-Semitic. Hamas’s founding document states its core “struggle against the Jews is very great and very serious” [4].

"This explicit anti-Semitism demonstrates that Hamas’ goal is to eliminate the Jewish state, not merely to give Gazans a more equal footing with Israel in search of two-state solution."

It should be axiomatic, having established Hamas’ violent intentions and past, that Israel should not indirectly aid its bellicose neighbors in terrorizing Israelis. Allowing construction materials, which Hamas has used to construct missile silos in densely-populated areas and tunnels for infiltrating Israeli territory, would cause more strife than continuing the blockade [5][6]. In previous conflicts, Israel has been forced to destroy stockpiles of missiles aimed at Israeli civilians which dramatically increased collateral damage. Hamas’ provocative placement of missiles, akin to a war crime, demonstrates how it does not have the best interests of Gazans at heart [7]. Due to Hamas’ absolute control over the Strip, letting construction materials into Gaza is essentially equivalent to giving Hamas more resources to pursue terror at the expense of Gazan civilians.

Hamas terrorists persistently infiltrate Israel, using tunnels or breaking through the security barrier, to attack innocent Israelis. This underscores the necessity of a fully closed border [6]. Israeli citizens living in southern Israel should not be forced to live in a constant state of panic. Ensuring the safety of civilians is the mission of any country’s national security apparatus. No special exception should be made at the expense of Israel. Israel’s blockade is often blamed for the strip’s state of destitution, as Gazans lack many fundamental resources for survival. However, to blame Israel is to ignore Israel’s humanitarian efforts in Gaza and Hamas’s exploitation of such efforts [8]. The root cause of Gaza’s squalor is Hamas’ theft of necessary resources from the people of Gaza, not Israel’s indifference to Palestinian suffering.

Irrespective of Hamas, ending the blockade would jeopardize the core issue of Jewish statehood. The last seven months of protests along the Gazan border have not been about the blockade and the ramifications of resource shortages. Rather, Palestinians have protested about not being able to return to the land their ancestors fled in 1948 [9]. By admitting nearly 2 million hostile Palestinians into Israel, the so-called “right of return” would undermine the very existence of a Jewish state. Unfortunately, according a comprehensive Anti-Defamation League study, 93% of adults in the West Bank and Gaza hold anti-Semitic views [10]. In practice, this hatred has manifested itself in protests, as Palestinians send makeshift incendiary devices into Israeli territory attached to kites or balloons [1]. A Jewish state could not survive with a population so inimical to Jews and Jewry.

Ultimately, the naval blockade of Gaza is not solely in Israel’s hands. Even if Israel were to unilaterally remove its navy from Gaza’s waters, a blockade would still be in place. In coordination with Israel, Egypt implements a similarly stringent blockade on the Strip. Although Egypt has facilitated de-escalation between Hamas and Israel in their previous wars,Egyptian President  Abdel Fattah el-Sisi still has a vested in maintaining the blockade and quashing Islamist terror on his borders [10]. In the years following the deposition of the Muslim Brotherhood, Egypt and Israel have enjoyed closer ties. Israel should not waste its diplomatic leverage with Egypt over Gaza. In the meantime, Israel should do what it can to alleviate Gazan suffering without compromising security. Understanding this principle, the Israeli government has expanded the fishing zone in Gazan waters and has made sure that it does not unnecessarily  take electricity away from Gazans [1].

The rule of Hamas in Gaza eliminates the possibility of substantial political cooperation; the constant threat of terror against Israelis necessitates the blockade. In a world indifferent about the safety of Jews and the existence of Israel, the Israeli government should take all reasonable measures to ensure the safety of its people and the survival of a Jewish state.

Since 2007, Israel has imposed strict economic sanctions on the Gaza Strip, an area of 41 kilometers along the Mediterranean Sea that borders Egypt and Israel. These sanctions safeguard against the threat posed by Hamas, an Islamist fundamentalist organization which won control of Gaza’s parliament in 2006. Specifically, the blockade is meant to curb Hamas’ ability to smuggle weapons into Gaza. This is a legitimate concern, as Hamas has demonstrated its willingness to use violent means before, and it likely will again. Within its first year of power, Hamas started trafficking in explosives and weapons from Egypt, closing down newspapers, suppressing demonstrations, and firing rockets into Israel from across the border. However, Israel’s economic sanctions not only fail to aid its national security, but also actively harms it.

The blockade is primarily a human rights issue. Citizens of Gaza are not allowed to enter or exit except under extreme circumstances, and the economy has quickly crumbled under strict sanctions.

"A report by the United Nations Conference on Trade and Development (UNCTAD) predicted that conditions in Gaza could be unlivable by 2021 [12]."

Even in its current state, Gaza might as well be unlivable. Since the private sector is responsible for most of  Gaza’s business in exports, the blockade has caused a severe economic downturn. Today, unemployment is at 44%, 95% of the water is undrinkable, and many hospitals have to rely on generators to provide life-saving treatment, as electricity is scarce [13]. As a result, about half of Gaza’s population relies on humanitarian aid to feed themselves, while 72% still remain food insecure. Although Israel’s legal responsibility to provide aid to Palestinians is debatable, the moral imperative is clear. For a country accustomed to the devastation caused by terrorist attacks, Israel should pay heed to the harm effects of its policies. The economic and social damage done by the blockade punishes hundreds of thousands of innocent lives for the actions of a few. Beyond the obvious humanitarian issues, a little-discussed problem with the Gaza blockade is its effectiveness. According to the American-Israeli Cooperative Enter, Israel instated the blockade on Gaza to prevent Hamas from smuggling in weapons to use in terrorist attacks [14]. This may have been an effective short-term solution, but a blockade will do little to stop terrorism in the long run.  According to Max Abrahms, a researcher and political science professor, “terrorist organizations appeal disproportionally...to the socially alienated...Demographic data shows that the vast majority...are composed of unmarried young men or young women who are not gainfully employed [15].” Other noted scholars on terrorism agree that the typical profile of people who join terrorists tend to be disaffected, lonely, and unemployed young men [15]. It is not hard to draw a connection between this description and the conditions in Gaza; Gaza has historically had high unemployment under the blockade and few social outlets. The blockade might suppress terrorists in the short run, but it does little to stifle their growth. Israel’s policy of bombing Gaza every few years to cripple Hamas is often referred to as “cutting the grass [16].” After all, grass always grows back. In the case of Israel, each round of “lawn-mowing” comes with a death toll in the thousands. This is not only unjust, it also stokes anti-Israel sentiment. Each civilian killed darkens the public’s perception of the country.   While Israel bears the brunt of the blame for the situation in Gaza, the blockade is equally enforced by Egypt, which borders Gaza from the south. This fact has led some to attempt to absolve Israel from blame by arguing that Egypt is equally responsible. While the second part of this statement is true, the first part isn’t. If Israel lifts the blockade from its side, it will free up the Palestinians in Gaza to move and trade freely, thereby greatly reducing the blockade’s economic and social impact. While Egypt should lift the blockade from its side, that is not the point being debated in this article. The choice that Israel must make next is clear. Hamas and other anti-Israel terrorist organizations will only grow stronger under the blockade, at the expense of the people still trapped in Gaza. Stopping the blockade will not heal the Israel-Palestine conflict, or halt instability in the middle east. But it is an important first step.
Gabriella Del GrecoStaff Writer