The Future of Democracy in Central Asia 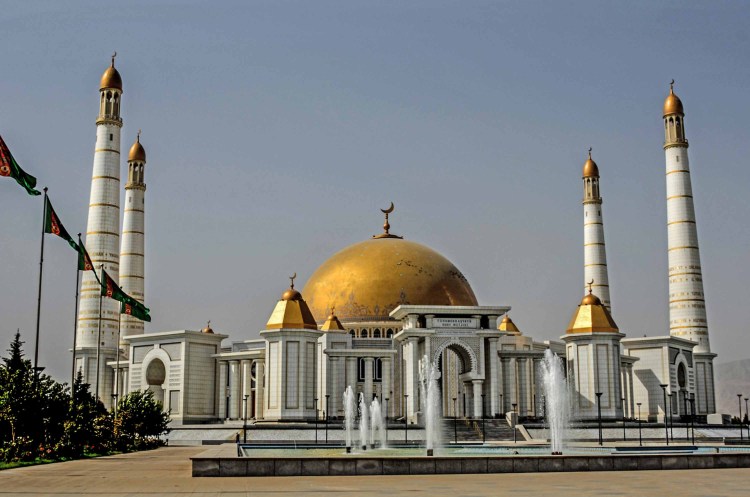 Central Asia, defined as the former Soviet republics of Kazakhstan, Uzbekistan, Turkmenistan, Tajikistan, and Kyrgyzstan, became a stronghold for authoritarianism and dictatorship following the fall of the USSR in 1991. Recently, however, major political events in the region, such as the June 2019 presidential election in Kazakhstan that ended Nursultan Nabayev’s thirty-year rule point to the potential for a shift towards more democratic governance. Nonetheless, both China and Russia’s immense influence in the region pose as a potential threat to a democratic transition.

Central Asia, prior to Russian domination and Soviet rule, was populated mainly by ethnic groups of Iranian and Turkic origins who practiced Islam and participated heavily in the Silk Road trade route. During the mid-19th century, Central Asia was conquered by the Russian empire and as a result, many ethnic Russians, as well as Ukrainians moved into the region. This migration pattern continued throughout World War II and the rise of the USSR. Today, there are around seven million ethnic Russians remaining in Central Asia, amounting to 10% of the region’s population.

In terms of economic growth, the Central Asian republics have not fared well. Despite their large reserves of natural resources, all five republics are landlocked and therefore have no access to sea routes to transport and effectively trade these resources. As a result, their economies are quite dependent on those of Russia and China, as any sea access requires going through the neighboring superpowers.

Central Asia’s unstable history with democracy post-independence marked by fraudulent elections (such as the 2007 presidential elections in Uzbekistan), ethnic tensions among local populations and Russians, and despotic dictators (like the former Turkmenistan president who mandated that all students read his autobiography and renamed the months after himself) has produced a reputation for the region as a stronghold of authoritarian regimes [1]. Therefore, established democracies such as the United States and EU countries have put very little emphasis on Central Asia in their foreign policies, despite the potential for democratic transition and economic development. However, just in the past two years, major political developments in the region have begun to challenge and break down those notions.

Most notably, Kazakhstan held presidential elections in June 2019 following the resignation of President Nursultan Nazarbayev, who had been in power for 29 years, and elected Kassym-Jomart Tokayev, a career diplomat, with 71% of the vote. Although the election process was not perfect, Daniel Witt and Ariel Cohen, two US independent election observers, see the elections as “a step forward for reform in a long-term evolutionary process” and “years ahead of its [Central Asian] neighbors [2]”. Similarly, in 2017, Kyrgyzstan held presidential elections that were deemed “competitive” by election watchers and resulted in the election of a new president [3]. In the human rights realm, Uzbekistan made groundbreaking changes by closing the Jaslyk Prison, a detention center notorious for its terrible human rights abuses, in August 2019.

These examples coupled with the emergence of some Central Asian countries into the energy market, although seemingly minor, reflect a trend towards creating more open, progressive, and democratic societies and the growing desire for Central Asia to change its image on the global stage [4]. The next question is, with China and Russia’s growing presence in the region, can democracy persist?

"Currently, Russia and China are the dominant foreign players in Central Asia politically, economically, and militarily."

Currently, Russia and China are the dominant foreign players in Central Asia politically, economically, and militarily. In fact, in recent years, Central Asia has become a battleground between the two countries, with the establishment of new military bases by both Russia and China in various Central Asian republics. In 2013, China incorporated Kazakhstan into its Belt and Road Initiative by providing funding for infrastructure projects and building a railroad that extends from China’s Xinjiang region into Kazakhstan [5]. Kazakh president Tokayev’s visit to China in early September 2019 can also be seen as a sign of warming relations between the two countries [6].

China’s attempts to grow its economic clout in the region have not gone unanswered, as Russia has since responded with large aid packages and beneficial trade deals to entice Central Asian countries to join the Eurasian Economic Union (so far only Kazakhstan and Kyrgyzstan are members) [7]. Meanwhile, Central Asian policymakers, despite enjoying their position as the beneficiary of aid packages in light of the game of power politics between the two great superpowers, have ultimately become wary of foreign dominance and intervention by either side, and thus have attempted to pursue more equal business relationships that preserve their autonomy, especially in relation to energy independence [8].

The United States and Western Europe remains largely absent from the discourse surrounding Central Asia. Although “democracy building” has traditionally been associated with massive blunders in US foreign policy, the courting of Central Asia by two authoritarian powerhouses presents a warning sign that threatens to reverse the attempts at democratic reform. In light of recent events that demonstrate willingness among the people towards improving human rights, it is time for established democracies to provide support in a way that limits unwanted intervention, but helps strengthen free and fair elections, rule of law, and transparency in Central Asia.

The future of Central Asian democracy thus rests on a number of factors including popular support for democracy, continued tensions over the region between Russia and China, and intervention by the United States and other democratic powers. Upon a closer analysis of public attitudes in Central Asia, it is evident that there is division among the public, not in terms of support for democracy vs authoritarianism, but in terms of a general apathy and sometimes even antipathy towards politics. In her 2015 book Democracy in Central Asia, Professor Mariya Omelicheva finds that young people surveyed in these countries, even those who had studied abroad in the United States, feel disillusioned with democratic discourse, citing the fact that “there is so much gabble about democracy on TV…but no one really understands what they are talking about [9].” Despite these attitudes, many young people participated in various protests and agitated for more equitable balloting leading up to elections in both Kyrgyzstan and Kazakhstan, demonstrating that there is a desire for some reforms.

The solution thus is to approach democratic reforms as a way to improve the standard of living and mitigate authoritarian regimes’ oppression of its own people, rather than as a political ideology that the people should support. This entails not just making changes within in the region, but also holding off the influence of Russia and China, two authoritarian powerhouses--a task that will not come easy. Western businesses could potentially invest in energy reserves in Central Asia as a way to build rapport with the Central Asian business class, who could play a role in reversing authoritarian tendencies. Due to the length, difficulty and risks of such a process, the more likely solution is that NGOs and other civil society groups will attempt to make changes at a local level and initiate ground-up reform namely in the realms of opening up media (Kazakhstan, for example, has no restrictions on social media access), releasing political prisoners, and creating a more efficient balloting system on election day. In sum, Central Asia is not ready for wholesale democratic regime change as the public remains divided and authoritarian influences remain strong; however, the local actors still have room to engage in minor, but impactful democratic reforms.