Should College Admissions Revolve around a Pure Academic Meritocracy? 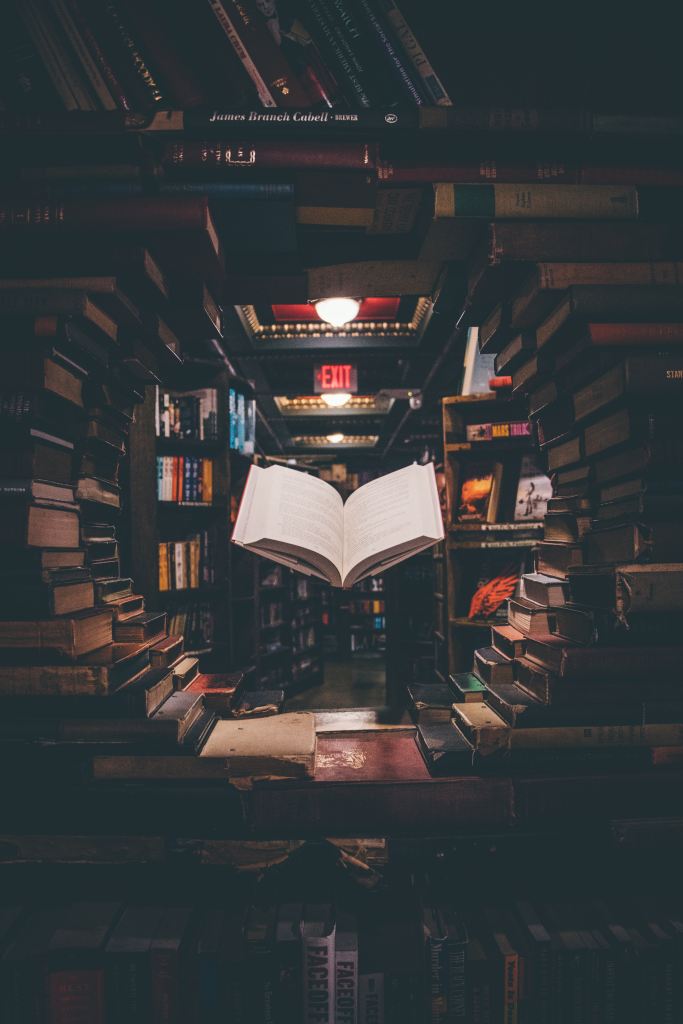 Affirmative action has long been a controversial issue. Recently, the issue has been brought up within one of the world's most hallowed institutions (Harvard). Raizel Yu will be arguing that colleges should lean towards an academic meritocracy, while Aden will be arguing that though the current system may not be perfect, it is a system that is largely necessary.
Aaryaman SheoranManaging Editor

The American Dream has long been the United States’ biggest selling point — it is the reason why so many immigrants strive to make the move to the land of freedom and prosperity. The idea that success can be achieved solely through hard work and dedication has inspired many to pursue their dreams in America. While the American Dream has held true for many hard-working immigrants of all ethnic backgrounds, unfortunately, it does not apply for the competitive and often puzzling college admissions process. Elite colleges, including Harvard, Yale, Princeton, MIT, and Stanford are notorious for rejecting students with near perfect GPAs, SATs/ACTs, and impressive slews of extra-curricular activities.

Despite these selective schools boasting a holistic review of applications, there is clearly race-based bias in the college admissions process. The California Institute of Technology— a university that does not consider racial references in its admissions process fills over 40% of its class with Asian American students each year. Compare this to the aforementioned elite schools which fill their class with less than 20% Asian Americans [1]. In fact, the recent court case against Harvard put together by Students for Fair Admissions (SFFA) has drawn national attention to the case against affirmative action [2] — a policy aimed at improving employment and educational opportunities for members of minority groups [3]. In this court case, SFFA chose to focus on the personal rating of Harvard’s ‘holistic’ review process. SFFA’s lawyer John Hughes argued that this personal rating section shows “substantial preferences for African Americans and Hispanics in the personal score.[4]” The recent uproar against affirmative action has led many to question whether it is still an effective addition to the college admissions process. Some even propose a process whereby academic merit is all that is taken into consideration when admitting an applicant. This means exclusively taking GPA, standardized testing scores, academic awards, and extracurricular activities into consideration in college admissions.

This argument makes sense if we think of higher education as for the sole purpose of educating the most qualified in order to further advance academia. If the purpose of college is to foster further learning, it would follow that only either the most academically qualified candidates, or those who achieved the most within their circumstantial constraints should be granted this opportunity. A research study done by Karen Arnold, a Boston College professor, followed 81 high school valedictorians and salutatorians for 10 years after graduation [5]. Arnold’s observations underscore logical assumptions regarding a connection between exceptional high school academic achievement and later academic success. 95% of these valedictorians and salutatorians went on to graduate college with an average GPA of 3.60 and 60% received a graduate degree. 50% are employed in STEM and business and 25% work in the highest paying jobs. In summary, the study showed a strong correlation between top academic achievement in high school and similar achievement in college [6]. The higher these students achieve academically in high school, the more successful they seem to be in college and in life, and the better it is for the economy and society.

"The benefit of academic merit based admissions does not stop at the efficiency of running academic institutions, it extends to the betterment of society as a whole."

The endogenous growth theory holds that investment in human capital, innovation, and knowledge are essential contributors to society’s improvement. In order for society to advance, one of the most important investments we should make is to further the standard of education.[7] To advance this standard, the most efficient way would be to begin by educating the most qualified learners so that there would be greater returns in what they give back to society. When choosing the most qualified learners, we need only look back to Arnold’s study to see that the top scorers in high school, the most academically qualified ones, are the ones best poised to make the most out of the resources devoted to them. Additionally, since merit is not only determined by high scores, but also other factors including academic competitions, volunteer activities, and extracurricular activities, this method of admissions would take only academic achievement and extracurricular achievement into account in the process of admissions. This method would benefit society most and reward the highest achievers. It is therefore the most logical and fair process as it puts merit at the forefront of evaluations.

Aside from the tremendous benefits it could bring society and students as a whole, admitting college students on the basis of merit actually evens out the playing field. While the argument can be made that the field will never be evened out since high income students could simply employ private tutors to give them a leg up on standardized testing, in recent years, more and more elite colleges are placing less emphasis on standardized testing. The University of Chicago, Pitzer College, Wesleyan University, New York University, and Middlebury College are among the best schools in this country which offer test optional (does not require standardized testing scores) or test flexible (requires some form of alternative score: AP/IB scores, SAT Subject Test scores) admissions. [8] In a few more years, the pressure to score well on standardized tests will continue to diminish, thus affording low-income, high achieving students the opportunity to focus more on excelling at school and devoting more time on their extracurricular activities. Therefore, the most fair process in the foreseeable future would be for admission officers to evaluate students based on academic merit within their own respective circumstances. A merit-based academic admissions process, which completely removes race and ethnic background from the equation and evaluates students based on their own merit is the most efficient method of selection of academic talent to benefit all parties: higher education institutions, society, and the individual.

As the trial of a new Harvard affirmative action case has caused increased scrutiny of the college admissions process, it is important to reexamine the way that colleges admit their students [9]. How do colleges make sure that they are admitting students who can both thrive in rigorous academic situations and contribute towards a well-balanced student body? With the addition of legacy and development, top-tier athletic programs, and affirmative action, the question of fair college admissions becomes almost impossible. However, a system that ignores other variables in favor of academic success would still be difficult to judge fairly and would inevitably perpetuate cycles of privilege and inequality.

A pure academic meritocracy is, first and foremost, not a simple concept. Is GPA the only indicator? How about standardized test scores, which have been shown to have little to no indication on a student’s college success [10]? If we define merit by GPA alone, do we weigh the difficulty of a student’s schedule along with it? And what about the quality of the school? Regardless of the answers to these questions, it becomes clear that aiming for a pure meritocracy is a difficult process. What we call ‘meritocracy’ considers so many exogenous factors that it would end up resembling our current system anyways. And if these concerns are ignored in favor of the purest meritocracy possible, then it’s obvious that fairness would go out the window as soon as high schools started handing out 4.0 GPAs to inflate their admissions statistics.

"None of the metrics that we use are a direct and fair consideration of merit. The current system is flawed, yes, but ditching it in favor of an unfair system that masquerades as a simple solution would be shortsighted and ignorant."

Moreover, a system that works only on merit is sure to perpetuate systems of privilege and power that are already pervasive in higher education. It’s easy to see meritocracy as a great leveling tool, but this just isn’t the case in America. Studies across the board show that those in worse socioeconomic classes consistently perform worse in schools; furthermore, black and latinx students perform poorly even when leveled for socioeconomic status [11]. This has a variety of explanations, including access to better school districts and private schools, money to pay for test preparation and outside tutors, and even teachers who subconsciously (or purposefully) track minority students out of gifted programs [12]. And this has had its effect on college admissions: 75% of students at selective schools come from the top 25% of income status, and only 5% of students come from the bottom 25% [13]. If schools take away the opportunity for these students to show their qualifications in other ways, it’s hard to imagine that meritocracy would make these statistics better in a country where the privileged are given so many academic advantages. Improvement-based academic records, personal essays, and letters of recommendation are just a few of the ways that colleges can help get a more comprehensive idea of their admitted student body. Unless we want a college system that is populated exclusively with the children of the top 1%, we need to keep college admissions holistic. As sociologist Daniel Bell said, "There can never be a pure meritocracy because high-status parents will invariably seek to pass on their positions, either through the use of influence or simply by the cultural advantages their children inevitably possess" [14]. Defining a meritocracy also has dangerous consequences for the way that education is perceived in the U.S. It is entirely fallacious to look at meritocracy as an objective measurement, when in reality so many other factors go into the academic performance. As soon as we start looking at a process as objective when it’s really just another biased system to benefit the privileged, we further perpetuate the idea of objective superiority for the advantaged. It’s also important to think about what colleges are attempting to achieve with their admissions process: do we really want schools that are filled with only the top academic achievers? Colleges are academic institutions, yes, but they are also hubs of culture for students to pursue a diverse array of interests. Top colleges should also be the places where future leaders are created, and ignoring the personalities and interests of these top students to only look at one side of them will lead to institutions devoid of depth and personality.
Aden SiebelStaff Writer