How Cities Should Approach Rent Control 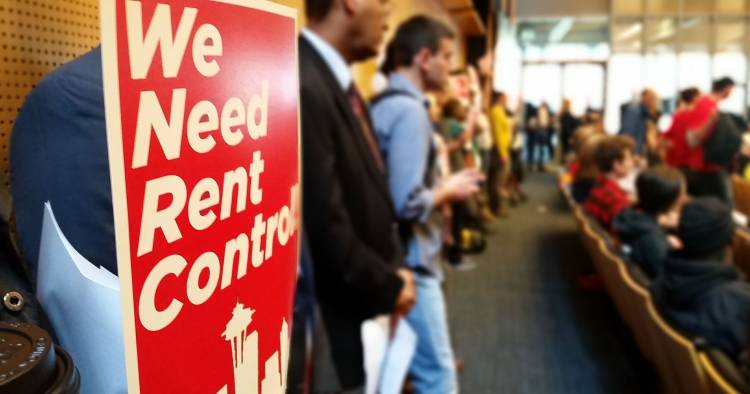 In 2017, the infamously dire California housing shortage reached 2.3 million units, and the rate of building has declined further since then [1]. In response to this immense problem, one would expect a state with complete Democratic control at all levels of government to act swiftly  in response to this crisis.

However, such a view ignores a key axiom of urban politics: nothing sows disunity quite like housing issues. For example, this past summer, State Senator Scott Weiner of San Francisco introduced the controversial SB 50, an attempt to unleash high-density building near transit and job centers, and was met with fury from tenant groups and anti-development advocates alike. Organizations like the LA Tenants and Housing Union strongly reject the “supply and demand” theory of housing supposedly informing the bill [2]. While seemingly progressive and well intentioned, these sentiments only reinforce the rampant problem of laws favoring incumbent citizens over future ones.

Rent controls have long been among the favored ways for localities (and recently, states) to shield people from the effects of rapidly rising rents. Historically, rent controls have been uniformly denounced by economists. This is primarily for two reasons: they strangle supply and they inefficiently allocate housing.

Basic supply and demand models argue that capping the price of a certain good will limit the amount of suppliers willing to meet demand, resulting in a shortage. Contrary to this model, capping profits or rent hikes do not tend to significantly reduce new construction in the housing market. The amount of building in a given area is much more reliant on broader macroeconomic factors such as the business cycle [3]. However, while most localities have shifted to using rent stabilization, limiting the amount that landlords can raise rents in a given year rather than an absolute cap on prices, these measures still affect overall housing supply. A recent study from economists Rebecca Diamond, Tim McQuade, and Franklin Qianat at Stanford compared rent controlled properties and tenants in San Francisco with Cambridge, MA, which abolished its rental controls in 1994. The beneficiaries of rent control were on average 19% (relative to the control group) more likely to stay in their current units, but Diamond and colleagues found that the controlled-housing market shrunk by 15% and tenants living in controlled-housing fell by 25% since 1994 [4].

"In short, the incumbent tenants living in rent controlled housing benefited at the expense of future generations of tenants and landlords."

In response to rent control regulations that affect the underlying incentive structure of the housing market, landlords converted or remodeled units to avoid these new measures, creating new high end rentals or owner occupied condos. Diamond, McQuade, and Qiannat found that the resulting shrinkage in overall supply created by these conversions outweighed the benefits of rental stability. Because of the resulting 5% shrinkage of supply and conversion of rental units to higher margin condos, San Francisco’s rent control regime has actually contributed to gentrification and income inequality [5]. Rising prices, in part due to rent control’s effect on supply, have had a greater effect on tenants than the stability provided by rent control. In short, the incumbent tenants living in rent controlled housing benefited at the expense of future generations of tenants and landlords.

Secondly, while the example of a little old lady in Manhattan living alone in an enormous $1200/mo price capped apartment may seem farcical, rent control is certainly allocatively inefficient. Most recently, according to the Wall Street Journal’s analysis of a 2017 Census and Labor Bureau Survey, affluent tenants living in rent controlled apartments in New York City received a disproportionate discount from market rate. Those in the top income quartile paid on average $1052 less than the market rate whereas the poorest quartile only paid $200 less [6]. Because tenants pay less than market price for housing, they have less incentive to abstain from “wasting” excess space i.e. an empty nest couple might stay in the three bedroom apartment after the kids have grown up. Fundamentally, market prices most efficiently guide supply to those who demand it. By artificially lowering the cost of housing, rent control disrupts the natural process of market allocation, preventing supply from being distributed most efficiently.

Recently, some revisionist economists have begun to question the long standing orthodoxy with new evidence. For example, a 2019 working paper from economist Jack Favilukis and colleagues at Columbia and NYU Stern quantifies the impact that increased housing stability owing to rent control [7]. Favilukis argues that well designed affordability policies can increase net welfare because they provide insurance against job loss or other disruptions, especially for low income tenants. However, Favilukis’ model has yet to be subjected to widespread scrutiny and is limited in its scale. While new studies continue to enrich and add nuance to the issue, proponents of rent control cannot claim yet that stabilization measures have a positive effect on society. More research using case studies and real data need to be conducted before these arguments are given serious consideration by policymakers.

Given the current body of research and understanding of economic theory, governments should avoid short sighted solutions like rent control in favor of encouraging development. Today’s relatively moderate rent controls are not as deleterious as the hard price ceilings of the past, but they fail to address the underlying problems that are causing rapid increases in prices. By focusing on controversial rent control measures rather than long term solutions such as addressing supply shortages, politicians and tenant rights groups miss the forest for the trees.