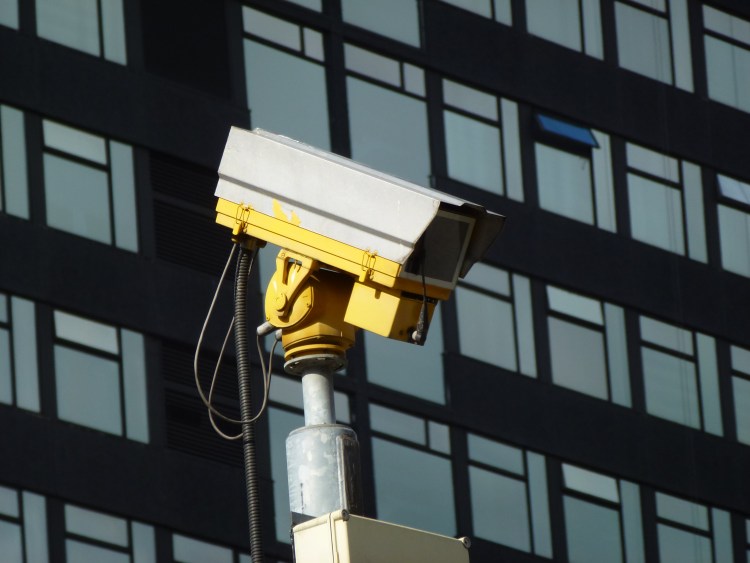 Today’s world is ruled by technology and mass media. These innovations seek to connect people to one another and allow for easier communication between groups but it also permits near public access into our personal lives. CCTV cameras could increase this access and allow the government to observe every moment of our lives in the name of increasing public safety. In this article, writers James Dail and Zubin Jotwani will discuss the importance of public safety and personal privacy regarding the implementation of CCTV cameras.
Ross ReggioSection Editor

The digital revolution profoundly changed, and continues to profoundly change, numerous fields, from education (Khan Academy) to commerce (Amazon), and has even created new ones (social media). The digital revolution, however, has influenced some fields more than others. One particular field that has not yet been fully touched by the currents of the digital revolution is American law enforcement. In the 21st century American policing strategies have undoubtedly modernized-- more and more police officers wear body cameras to hold them to account and many police departments utilize social media to engage with the public, for instance. But the digital revolution has hardly transformed policing strategies. Police departments still enforce the law primarily by putting boots on the ground, just like it did 50 or 100 or 200 years ago.

But the rise of CCTV usage in cities like New York, Chicago, and especially London suggest that police are getting closer to fully joining the digital revolution-- and for good reason. Although there is no consensus on the impact of CCTV on overall crime, studies have revealed CCTV serves as an effective tool for the prevention of certain crimes. For instance, in the UK CCTV reduced general crimes and theft in casinos and parking lots by 51%. In Brazil-- where robbery on moving trains was previously rampant-- the placement of CCTV’s on the trains have greatly reduced train robberies. Granted, CCTV can not prevent the occurrence of all crimes [1]. CCTV is unlikely to prevent violent crimes, for instance, in which the perpetrator generally commits the crime impulsively without regard for future consequences [2]. CCTV is also unlikely to prevent crimes committed by experienced offenders, who know that lifting their sweater hood over their heads will conceal their identities from the CCTV cameras [3]. But the fact remains that the psychological effect of CCTV cameras heavily deters people from committing a multitude of types of crime.

"But the fact remains that the psychological effect of CCTV cameras heavily deters people from committing a multitude of types of crime."

CCTV also serves as a powerful investigative tool. CCTV solves six crimes a day in London. In the courtroom, too, CCTV has often proved instrumental in confirming and refuting witness accounts [4]. On numerous occasions, CCTV has helped law enforcement identify suspects in terrorist attacks. The first time law enforcement utilized CCTV to identify terrorists was in the aftermath of the London underground bombings of 2005, which killed 56 and injured 784 people. Since then, Western law enforcement agencies have utilized CCTV footage to identify terrorist in the vast majority of terrorist attacks that have occurred in the West.

What makes CCTV so exciting is not what it can do today, but rather what its capability will be tomorrow. In perhaps only a few decades, big data and artificial intelligence, and not humans, will power CCTV cameras. If artificial intelligence and big data methods progress at current rates, CCTV cameras will be able to scour surveillance footage and identify suspicious activity without human monitoring; they will be able to reconstruct speech by detecting vibrations; they will be able to identify every individual captured in footage using sophisticated facial recognition; and so on [5]. CCTV will be so technologically advanced and widespread that it will be virtually impossible to commit a crime without being caught by authorities. Crime levels, as a result, will drop to negligible levels.

Critics argue that if American law enforcement were to place CCTV cameras throughout the country, America would turn into a surveillance state where the government can monitor each citizen’s every move. Such a dystopian vision, however, is unlikely to materialize. The American government has an incredibly strong track record of doing right by its citizens and not abusing its power. As long as the American government retains its integrity, the American government will use CCTV’s to police the streets, not as a means to spy on its own people. Even in the unlikely case that rogue police officers abuses their power and use CCTV cameras to spy on certain people, the loss of the theoretical concepts of privacy and liberty outweighs the tangible, life-saving benefits of CCTV. CCTV is the future of policing. It would be prudent not to work with it.

New technology has made it easier for law enforcement agencies to catch criminals, but it has also allowed them to peer into the lives of law-abiding citizens. One of the most prominent examples is the use of closed-circuit television (CCTV) cameras, which are placed on public street corners and are operated by local police agencies in the US. The United Kingdom pioneered the use of CCTV, but its use has spread to US cities such as New York, Chicago, and Denver. If the US replicates Britain’s experience with CCTV, then these cameras will be ineffective, unregulated, ripe for abuse, and instituted at the expense of individual privacy.

CCTV cameras were first installed in Britain with two specific purposes, to provide a deterrent to crime and to aid in the capture of criminals once a crime has been committed. The problem is that, whenever these cameras are used for mass surveillance purposes, they have been surprisingly bad at both. Two separate studies in the United Kingdom have found that CCTV had no effect on deterring crime [6][7]. While it is true that overall crime rates in London have declined after the installation of these cameras, they matched similar declines in major cities in the US and Europe. Now, one may argue that the effect of CCTV cameras on reducing crime does not matter; what matters instead is that they bring criminals to justice. However, CCTV has proven to be terrible at this as well. To be fair, one can point to several high profile cases that have been solved with the help of  CCTV cameras, such as the Boston Marathon Bombing. The issue here is that proponents of CCTV can only point to high profile crimes that have been solved with help of the cameras. If one actually examines the data, they would see that CCTV cameras are terrible at deterring regular crime. Four out of the five London Boroughs with the highest number of CCTV cameras have the lowest crime detection rates in the entire city [8]. Considering that these cameras take up twenty percent of Britain’s security budget [9], it seems that they are hardly worth the massive cost.

"Our civil liberties will also be harmed."

If these cameras are adopted in the United States, there will not only be massive fiscal costs. Our civil liberties will also be harmed. One problem with the use of a mass surveillance system is that it will almost surely be abused. Britain’s experience is once again indicative here. After the cameras were installed, there was a substantial problem with police voyeurism [10]. Apparently, several officers had a penchant for looking at couples during moments of intimacy. Intrusion into private life doesn’t stop here though. These cameras do a lot more than allow for the tracking of criminal suspects. Their use is largely unregulated [10], and they provide police departments across the country a close-up view into every moment of the lives of its citizens by tracking everything and storing them in a centralized database. When a police department is tracking someone down, they could look through potentially years worth of footage to find out someone’s specific habits and routines. We live in an age where hacks and information breaches are routine occurrences, and placing all of this information into a centralized database has the potential to expose aspects of citizens lives to those who might not have their best interests at heart.

The mass installation of CCTV cameras in major US cities will not make Americans any safer. They do not help prevent crime, and they do not help law enforcement catch criminals. In short, they are largely useless. Their installation also comes with a tremendous cost to the privacy of the American people. Indeed, rather than feeling safer, it may only cause Americans to become more fearful of their government.