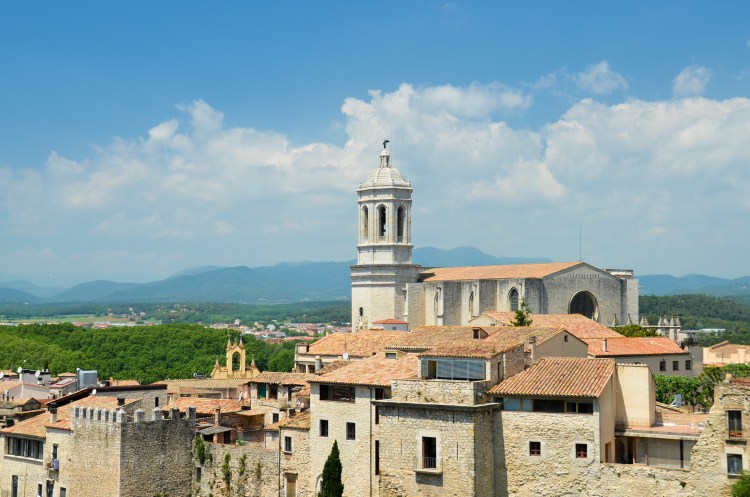 Catalonia is a region in the Iberian Peninsula centered around the city of Barcelona. During the 1930s, the Spanish Republic was defeated, and Catalonia lost much of its autonomy. In a 2017 referendum, over 90% of Catalan voters agreed that Catalonia should gain independence. James Dail argues that the Catalonian people have free reign within their current situation and that absolute sovereignty would be unnecessary and detrimental to Spain. Kamil Lungu counters that the Catalan people have a different culture and language and should not be chained down with Madrid.
Andrew KimJunior Editor

On October 1st, 2017, the Catalonian people voted in a region-wide referendum for independence. With a turnout of over 40%, 90% voted yes for independence [1]. Spain’s national government responded to the elections by strengthening police presence in the region, resulting in numerous arrests and accounts of brutality by national forces [2]. Responses outside of Spain remain mixed; the European Commission condemns Spain for its treatment of protestors, while advocating for internal resolution. Catalonian President Carles Puigdemont did not declare independence, nor did he concede to Spain; instead, he called for dialogue with the Spanish state [3].

The crisis in Catalonia is not a new phenomenon. Since the Reconquista of Spain in the 1400s, Catalonia was one of many regions under Madrid’s control. The region generally had some level of sovereignty  throughout its existence; however,the Spanish Civil War resulted in right-wing dictator Francisco Franco suppressing Catalonian language, culture, and autonomy [4]. After the restoration of democracy in the 1970s, the modern Catalan independence movement took flight, with separatist parties soon becoming the majority in the Catalan assembly. With its strong public support, a unique history, and a separate language and culture, it only makes sense that Catalonia should be independent.

"With its strong public support, a unique history, and a separate language and culture, it only makes sense that Catalonia should be independent"

United Nations resolution 1514 (XV), passed in 1960, clearly states that all nations have a right to self-determination [5]. The Catalans are no exception. With a language and culture separate and distinct from those of the rest of Spain, Catalans constitute a nation, which deserves the right to form its own nation-state. For too long, Catalonia has been subjected to a forced union with the Castilian heartland. Spain’s only rationale to keep Catalonia is economic—Catalonia remains Spain’s most prosperous province, with it contributing to over 1/5 of Spain’s GDP [6]. Barcelona, Catalonia’s capital, is one of the most visited tourist destination in the world, with over 8.5 million visitors a year. Even though they constitute only 16% of the Spanish population, Catalans in 2016 contributed to 20% of Spain’s taxes [7]—subsidizing the shortfalls of less developed provinces. Catalonia’s secession would result in an economic backlash for Spain—one that may be useful for the Spanish in the long run.  Post-acceptance to the European Union in the 1980s, Spain has had a sluggish economic history that depends on EU regional development funds to revamp its market. Catalonia has always been Spain’s spearhead for economic development. Its secession would stop Spain’s reliance on Catalonia for economic viability and prompt Spain to find alternatives to strengthen their economy, as has been the case with other nations that have experienced the same phenomenon.

With a higher GDP per capita than the rest of Spain and a GDP about the size of Denmark’s, Catalonia is an economically viable region that does not need oversight from a lower-performing power. Being an intersection of economic possibilities and universal rights, the independence of Catalonia is the fulfillment of the wishes and interests of the Catalan people. Despite the quagmire in which the referendum has been unleashed, let us hope that any successive efforts for independence, whether electoral or negotiated, will result in a capable and independent Catalonia. Perhaps even a stronger Spain.

On October 1st, Catalonia held a vote for independence that violated the Spanish Constitution. The referendum turned violent and triggered a political crisis that has not since abated. Police blocked people from entering polling places and seized ballot boxes. They fired rubber bullets into the crowd of protesters, injuring 337. This display of violence is revolting, and the police should be held accountable for what they have done. But this does not mean that Catalonia should be given independence. The referendum violated the Spanish Constitution. Catalonia does not have a legitimate claim to independence.

Fundamentally, the Catalan drive for independence is a symptom of a much larger problem. The people of Europe have been seized by a wave of popular discontentment regarding the status quo. This phenomenon is causing them to turn against the liberal and pan-Western European values established post-World War II. Although the root cause of this dissatisfaction is widely debated, it is clear that this development has caused a descent into tribalism. Examples of this phenomenon abound: Britain held a successful referendum to leave the European Union; Scotland has attempted to leave Britain; Alternative for Germany, a political party that promises to limit refugee intake, had a third place showing in the recent German election. For Spain, this nationalism manifested through the independence movement in Catalonia. What makes this particular movement different from the other examples is that it is not motivated by any particular grievance with Spain. It is not about refugee intake or poor economic performance. Catalans want independence because they want greater control over their own affairs, in spite of the fact that Spain has always been very generous in granting them special privileges and protections. In other words, the independence movement is motivated by tribalism for tribalism’s sake.

"The independence movement is motivated by tribalism for tribalism’s sake. "

On the other hand, a Catalan might argue that the region does have substantive complaints against Spain and that there is a legitimate claim to independence. Catalonia has its own customs and culture that are distinct from the rest of Spain. It even has its own language that evolved separately from Spanish. Fundamentally, many Catalans simply do not feel Spanish. The problem with this argument is that these facts alone are not enough to justify independent statehood. Spain is a representative democracy that respects minority rights and allows Catalonia to maintain its own culture and language. Additionally, Catalans have a high degree of control over their own local affairs. Even though the Spanish government controls the amount of tax revenue that Catalonia receives, the Spanish Constitution grants Catalonia the ability to spend that tax revenue however it chooses [8]. The Spanish government has no say whatsoever about how Catalonia should spend its money. Furthermore, Spain is not acting as an oppressor by limiting the amount of tax revenue that Catalonia receives. Catalans have a say in this issue by electing representatives to the Spanish Parliament. The Catalans are hardly oppressed by the government in Madrid.

It would also seem that most Catalans consider themselves to be Spanish first and Catalan second. They don’t want independence. They want to remain with Spain. Polls demonstrate that only 41% of Catalans want complete independence [9]. This begs the question, why would the Spanish government crackdown on a vote that was likely to lose? The reason the government cracked down on the referendum is that the vote was illegal under the Spanish Constitution. Section II of the Spanish Constitution declares that the nation of Spain shall be indissoluble [10]. If Spain and Catalonia are to be compared to the United States, the parallel would be a state attempting to secede from the union. Catalonia has been ignoring the legality of its actions and has been flouting Spanish authority since well before this independence crisis began. The Independence movement first began to gain momentum in 2006, when Spain’s Constitutional Court struck down 14 provisions in a 223 article Catalan declaration for increased autonomy [11]. Essentially, Catalonia is protesting about not being treated favorably by Madrid. Should a small minority hold power over the rest of a nation? Of course not. The Spanish government has a vested interest in preserving its unity and sovereignty. For in addition to being illegal, the Catalan independence referendum sets a dangerous precedent for the rest of Spain. Catalonia isn’t the only autonomous region within Spain. There are others, such as Basque Country and Galicia, that also have their own unique cultures and languages. If one region is allowed to blatantly defy Spain’s Constitution, then what is to stop the others from proclaiming independence themselves? Spain could permanently fracture.

The Catalan independence movement is illegal, and if it moves forward, would be another blow to the established liberal pan-European order. Independence would only be another step towards Europe’s fractious descent into nativism and tribalism. If Catalonia is granted independence, then what is to prevent other European regions, such as Bavaria in Germany or Bosnia-Herzegovina from following suit? Catalonia should resist the urge to leave Spain, and uphold long-standing western liberal values in the process.