An Argument For Sanctuary Cities 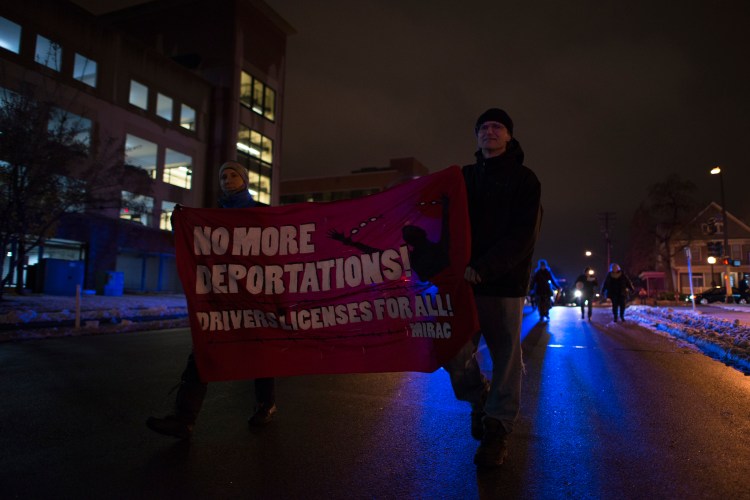 There is a small but vocal minority that argues against sanctuary cities because they believe undocumented immigrants harm our country. Some claim they steal American jobs — as if “Available Jobs” were a fixed quantity that natural born citizens and immigrants have to fight over in a zero-sum competition. Countless studies prove that the economic reality is more complex [1]. Others, including our current president, defame immigrants on a more base level, by falsely casting a massive, heterogeneous group of people as “criminals and rapists.”

Those arguments are both laced with xenophobia and demonstrably false, however, most serious critics of sanctuary cities choose a different line of reasoning. I’d wager that many who oppose sanctuary cities do not even support the resulting policy outcome — expedited deportation of America’s 11 million undocumented immigrants. Critic’s arguments typically rely on a higher ideal: law and order, or the idea that, no matter how unfortunate the consequences, we are a nation of laws. A change in policy requires a change in the law. Until then, breaking the law, even for the noblest cause, is still not acceptable. And sanctuary cities break the law, plain and simple. But do they?

To determine the legality of sanctuary cities, we have to start with the fundamentals: what are they? This question is easier to propose than to answer. The first locality to use the formal designation was San Francisco. In 1985, then-mayor Dianne Feinstein (now California’s Senior Senator) passed an ordinance which provided asylum to refugees from Guatemala and El Salvador [2]. Over the next decade, the city expanded the ordinance to protect all undocumented immigrants without a criminal record.

But what exactly does “protecting” undocumented immigrants mean? Does it mean undocumented immigrants living in sanctuary cities cannot be deported? No. Immigrants in sanctuary cities can and are being deported every day [3]. A sanctuary city is defined as any locality (it can also be a county or even a state) which has, either by law or just by public statement, said they will not cooperate with the Federal Government in the enforcement of immigration law. According to the Immigrant Legal Resource Center, there are currently five states, 633 counties, and hundreds of cities have which have rebuked the Federal Government in such a manner [4].

More specifically, the non-cooperation almost always takes one of two forms: (1) refusal to share information between local and federal law enforcement and (2) refusal to honor federal detainer requests. The nuance of what is happening here stems from our country’s federalist design. Immigration has continuously been designated as the jurisdiction of the Federal Government, pursuant to the Article I, Section 8, Clause 4 of the Constitution, which grants Congress the power to “establish a uniform Rule of Naturalization. [5]” Local law enforcement does not have the authority to enforce immigration law.

Instead, immigration policy is executed by U.S. Immigration and Customs Enforcement, commonly known as ICE. Part of the Department of Homeland Security, ICE has broad authority to locate, investigate, and deport undocumented immigrants wherever and whenever they see fit — a terrifying power they have been willing to act upon with increasing frequency, such as when ICE arrested Romulo Avelica-Gonzale only seconds after dropping his daughter off for school near downtown Los Angeles [6].

Here’s the crux of the problem, though. As of 2016, ICE only has 5,800 officers who carry-out removal. Deporting immigrants has long proven logistically difficult for decades [7]. In 1996, Congress and President Clinton amended U.S. immigration law in order to change this. The amendments contained a provision, 8 U.S.C. 1373, that allowed the Federal Government to “deputize” state and local police to enforce federal immigration law [8]. When undocumented immigrants are arrested by local police— for whatever reason: murder, DUI, broken taillights, and sometimes no reason at all — the new law required that the Federal Government be notified [9]. Many sanctuary municipalities refuse to share such information. This practice is not common and actually somewhat trivial. Even in sanctuary cities, fingerprint data from arrestees is shared with the FBI, which then gives the fingerprints to ICE [10].

The second form of non-cooperation occurs during an arrested immigrant’s release from jail. Arrested immigrants still have to fulfill the sentence for the crime of which they were convicted. Just like citizens, at the conclusion of their sentence, they are set free — unless ICE issues a detainer request. The term sanctuary city has almost become synonymous with ignoring detainer requests [11]. An ICE detainer tells local law enforcement agencies to hold individuals for an additional 48 hours after their scheduled release, in order to give ICE time to locate them and transfer them to federal prison. Many agree that this practice violates an individual’s right to due process [12]. Yes, even undocumented immigrants are protected under the Bill of Rights [13]. Detainer requests raise legal issues on their face, but further analysis shows that any federal mandates on state and local authorities are subject to intense legal scrutiny.

Due to a shifting legal tide over the past few decades, even the most non-cooperative sanctuary cities may be perfectly legal. There has been a litany of Supreme Court decisions over the past decade which specifically protect a State’s right to ignore the Federal Government. Championed by ultra-conservatives, and resting on radical new interpretations of the Commerce Clause and the 10th Amendment, this emerging legal doctrine is known as New Federalism [14] [15]. I personally do not agree with many of the decisions, but if we are to accept that “the law is the law,” we should take a closer look at some of the case law currently in effect.

New York v. United States (1992) was one of the first cases where the Court circumscribed Congress’s Commerce Clause power, a power Congress used liberally throughout the 20th century to enforce their will on States. [16]. Justice Sandra Day O’Connor explained the underpinnings of a new era: “The Constitution has never been understood to confer upon Congress the ability to require the States to govern according to Congress’ instructions.” Justice Antonin Scalia expanded the interpretation in Printz v. United States (1997) [17]. He wrote in the majority opinion, “We held in New York that Congress cannot compel the States to enact or enforce a federal regulatory program. Today we hold that Congress cannot circumvent that prohibition by conscripting the States’ officers directly… nor command the States’ officers, or those of their political subdivisions, to administer or enforce a federal regulatory program.” The plaintiff in the case, Sheriff Jay Printz, sued because he did not want to help the Federal Government administer federally mandated background checks to prospective gun owners, even temporarily [18]. Precedent does not discriminate based on motive, though, and the law now clearly reads that localities do not have to help administer federal programs.

Citing a questionably legal law, the President can single out any city he wants, and then punish them by a method also deemed unconstitutional. In his attempt to punish the “law-breaking” sanctuary cities, President Trump only succeeds at breaking the law himself. I’ll concede the almost poetic irony of my arguing for the legal scholarship of our day’s most conservative justices: William Rehnquist, Antonin Scalia, and Clarence Thomas. Nonetheless, their precedents allow for the legality of sanctuary cities. And the precedents are holding, in federal court after federal court after federal court [19][20][21].

Ultimately, our laws should reflect our values. Legal minutiae aside, we should ask why localities are refusing to aid the Federal Government. Is it just to flip the bird to President Trump? No, there have been sanctuary cities since 1985, defying Republican and Democratic administrations alike. Sanctuary cities were implemented because separating the responsibilities of local law enforcement and ICE agents makes everyone safer.

"Ultimately, our laws should reflect our values."

Initially, it may seem that utilizing the resources of local police would allow ICE to do their job better, maybe even safer. But unlike ICE, whose sole mission is to deport undocumented immigrants, local police officers have numerous other responsibilities. First and foremost, their responsibility is to keep their communities safe. When undocumented immigrants fear that any and every police officer may deport them, it erodes the public trust. Undocumented immigrants may not come forward as a witness, or even victim, of a crime. Undocumented immigrants are vulnerable targets when assailants know their victims have no recourse. In the first months of the Trump presidency, reports of sexual assault made by Los Angeles’ Latino residents dropped by 25% compared to same time period in 2016 [22]. Think about the locations where law enforcement is stationed: grocery stores, schools, courthouses, and hospitals. Without sanctuary cities, an entire subset of the population is driven underground, and we all suffer.

Undocumented children are less likely to enroll in school or apply for a job. Under Deferred Action for Childhood Arrivals (now also threatened by our President), DACA-recipients enrolled in college while holding down a job at rates higher than that of most Americans [23]. When undocumented immigrants fear going to hospitals, illnesses are not treated until they are the most lethal. When doctors can’t regularly see their patients, they cannot provide preventative care, they cannot provide vaccines, and they cannot isolate contagious diseases. Public health will break down [24].

For decades, sanctuary cities have existed for those two reasons: public safety and public trust. For those same reasons, they’ve been remarkably uncontroversial until only recently. No one thinks sanctuary cities are a permanent solution. They are a necessary reaction — a reaction to complete failure from every branch of the Federal Government to address the crises of our immigration system. We need to have real and difficult conversations about how we will secure our borders, overhaul our immigration courts, and determine who can join our country. Sanctuary cities are not part of that conversation. They are both temporary and legal. They are a way to maintain public safety, necessitated by longstanding congressional incompetence and under attack by dangerous executive overreach. In the name of “Law and Order”, we should all be defending these jurisdictions.